Netanyahu wants to kill the US-Iran nuclear deal: Obama must not let him 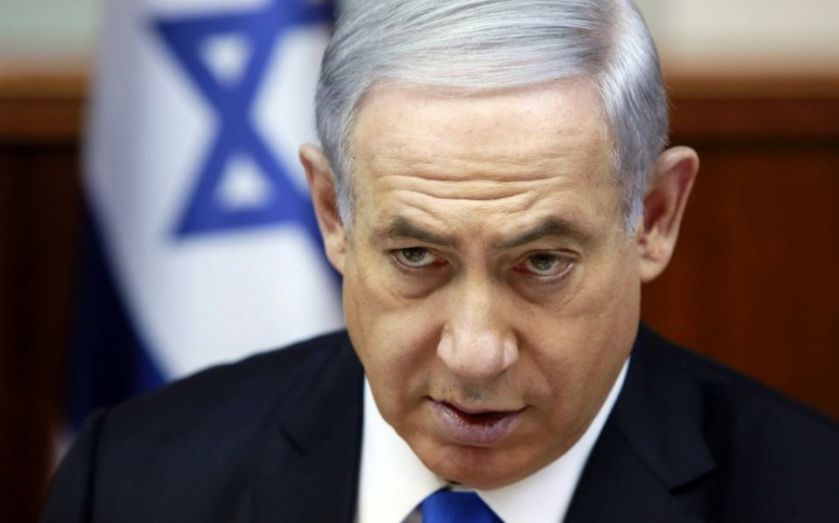 For all the clouds of controversy that perpetually swirl around him, Israeli Prime Minister Binyamin Netanyahu possesses two great qualities that wholly elude the timid and colourless European leaders I am fated to spend so much of my time writing about: he has a gambler’s heart and he is eloquent. Both these admirable traits were on full display last week when, with everything to play for, he spoke before the US Congress at the behest of Republican Speaker of the House John Boehner, and very much not at the invitation of Democratic President Barack Obama. Facing a 17 March neck-and-neck parliamentary election against Labor leader Isaac Herzog at home, and with an imminent US-Iranian nuclear deal fundamentally threatening his policies abroad, Netanyahu gave a riveting speech under the greatest of pressure. His two overarching goals were to convince an Israeli electorate weary of his predominance that he is still the indispensable man in terms of Israel’s vital ties with US Congress. His second goal was to motivate Congress to do everything in its power to scupper the putative accord over Iran’s nuclear programme, as Netanyahu passionately believes it will ultimately lead to a common calamity in the region for both the US and Israel. The key difference in position between the Israeli Prime Minister and the US President is simple enough to understand. Rather than conceding that Tehran will remain a nuclear threshold state – in the best case remaining about a year away from a bomb, as the emerging plan seems to indicate – Netanyahu strongly advocates dismantling the Iranian nuclear programme entirely, relying on an impressive sanctions regime and the tumbling global oil price to eventually bring Iran to heel. Beyond this seismic difference with the White House, the key point Netanyahu put forth was that there must be linkage between a deal with Iran on nuclear weapons and its overall foreign policy. First, Iran must abandon its expansionist stance in the Middle East, where it now finds itself dominant in four Arab capitals: in Sanaa in Yemen, Beirut in Lebanon, Baghdad in Iraq, and Damascus in Syria. As the Prime Minister artfully put it, “at a time when we may hope Iran will join the community of nations, Iran is busy gobbling up the nations.” Second, Netanyahu demanded that Iran stop its support for terrorism in all its guises around the world. Third, rather than threatening Israel with destruction – as Supreme Leader Ayatollah Khamenei overtly fantasises about – Israel’s existence must be accepted. The Israeli Prime Minister asked the telling question, “Would Iran be less aggressive when sanctions are removed and its economy is stronger?” Of course, such a linkage is precisely the negotiating strategy Obama does not want to follow, as it would undoubtedly lead to a definitive failure of the nuclear talks themselves. Think of what Netanyahu is demanding of Tehran: relinquishing its nuclear programme entirely, pledging to recognise Israel’s right to exist, ending its forward-looking foreign and security policy in the Middle East, and halting its sponsorship of terrorist proxies (such as Hezbollah in Lebanon) in exchange for… a gradual lifting of sanctions over time. No Iranian leader imaginable would ever accept such terms, as they amount to unconditional surrender. Short of the comprehensive and total military defeat of the Islamic Republic, the West will not get from Iran all that Netanyahu wants. If the talks fail, Obama will be left with a dreadful, no-win, binary choice: accept a nuclear-armed Iran (and the inevitable nuclear proliferation that would follow in the region in Saudi Arabia, Turkey, and Egypt) or conduct air strikes against the Islamic Republic, and all that would portend. By acknowledging that it will get less than a full loaf at the negotiating table, the White House is hoping to manage the Iranian nuclear problem. Netanyahu is quite right in that the prospective deal will not “solve” it. Netanyahu’s bold gambit has already paid off; Obama was hoping to ignore the speech – and the Prime Minister’s objections – to cut his deal with Tehran, and to have the votes to override any troublesome Congressional meddling. With his eloquence, Netanyahu has crystallised the long-standing fear in Congress about this accord that I have long observed in Washington, and given it a focus. Now the ball is in the President’s court. Obama must shake off his notorious diffidence towards engaging Congress and give a speech of his own, rebutting the Prime Minister’s argument, if he is to politically salvage the centrepiece of his foreign policy. Dr John C Hulsman is senior columnist at City A.M. He is a life member of the Council on Foreign Relations, and author of Ethical Realism, The Godfather Doctrine, and Lawrence of Arabia, To Begin the World Over Again. He is president and co-founder of John C Hulsman Enterprises (www.john-hulsman.com), a global political risk consultancy, and available for corporate speaking and private briefings at www.chartwellspeakers.com