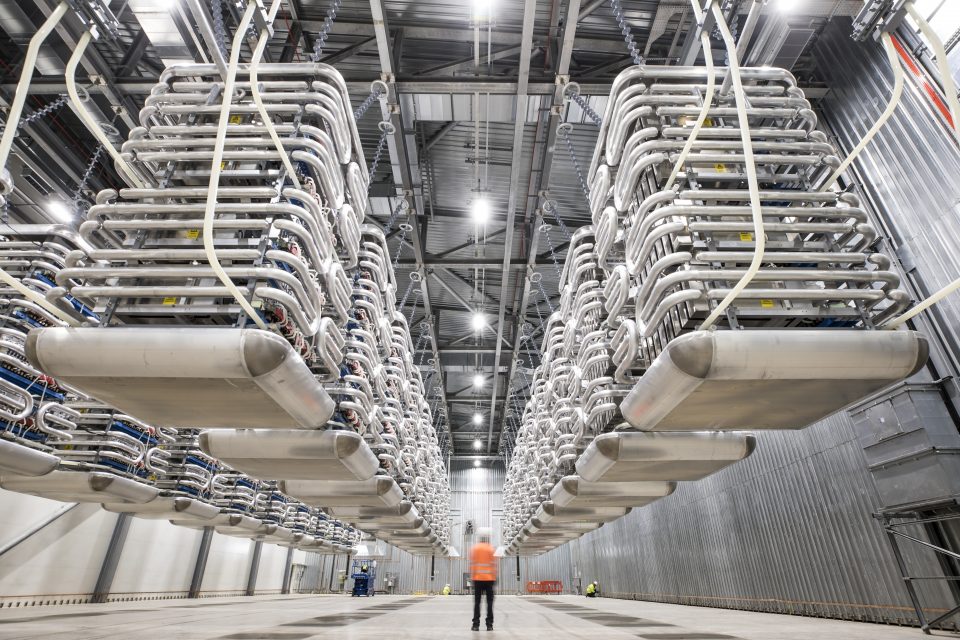 The 149-mile-long power cable, which runs between Portsmouth and Caen in France, allows the two nations to share excess zero carbon power.

By the end of its first year in operation, IFA2 will have helped avoid 1.2m tonnes of carbon dioxide from entering the atmosphere, equivalent to planting 50m trees.

Another similar project, the so-called Viking Link between the Lincolnshire and Denmark, began construction earlier this year.

By 2024, three more interconnectors are expected to have been completed, with enough combined power for 8m homes.

And by the end of the decade, 100m tonnes of carbon dioxide will be prevented from entering the atmosphere – the same effect as removing 2m cars from the country’s roads.

The new power link, a £700m joint venture with French grid RTE, was completed both on time and budget despite the shutdowns caused by the coronavirus pandemic.

In the last decade, Britain’s power grid has decarbonised faster than that of any other developed country with a 64 per cent decline in carbon emissions.

Jon Butterworth, the chief exec of National Grid Ventures, said: “While the world is focused on the pandemic and managing the knock-on effects on our lives, we know that progress towards net zero can’t afford to falter and Britain needs to keep up the momentum in reducing harmful carbon emissions.

“The launch of the IFA2 interconnector, linking France and Britain’s power grids, is an important step in accelerating our progress to a cleaner, greener future.”