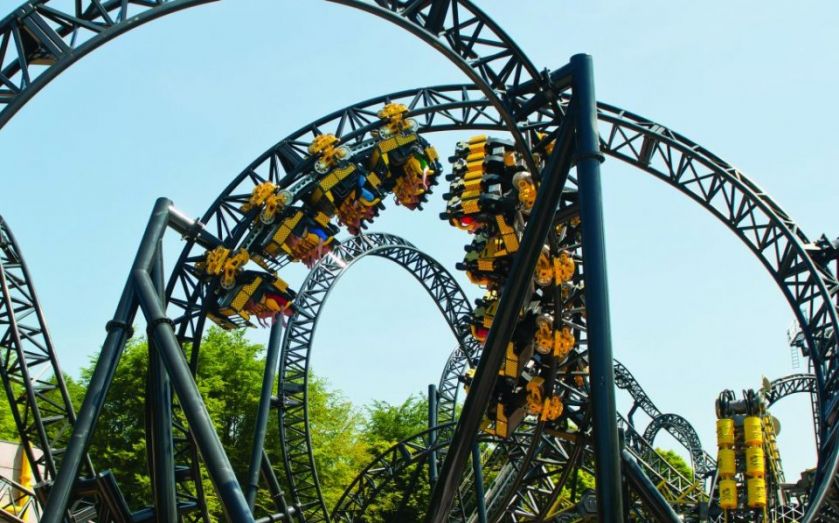 Merlin Entertainments boss Nick Varney faced his toughest test as a public chief executive yesterday, dealing with the aftermath of a crash which seriously injured four people on the so-called Smiler rollercoaster at Alton Towers.
Two teenagers, Joe Pugh, 18 years old, and his girlfriend Leah Washington, 17,  were named as two of the crash victims last night. The Health and Safety Executive has launched an investigation into the accident, while the theme park remains closed for a second day today.
The crash is the most serious crisis Varney has faced at Merlin since he  took the company public in late 2013.
Questions remain over how a carriage carrying 16 people came to crash into an empty carriage left on the same piece of track.  The 53-year old was moved to make a statement late on Tuesday evening, apologising for the incident.
“This has been a terrible incident and a devastating day for everyone here,” he said. “I would like to express my sincerest regret and apology to everyone who suffered injury and distress today and to their families.”
Andrew Griffin, chief executive of crisis consultancy Regester Larkin, said: “In a crisis situation the CEO needs to be heard to express compassion and concern for those involved as well as explain what action the business is taking,”
But concerns remain over why The Smiler, which cost £18m to build, was open at all, after a number of malfunctions, including an accident in 2013 when a wheel fell off.

“There have been incidents  in the past with similar glitches,” Warwick Business School associate professor of information systems Panos Constantinides said. “It was a mistake to open the ride when they knew there was a problem with it.”
Varney co-founded Merlin 16 years ago, carving it out of Vardon PLC in a management buyout backed by private equity firm Apax. The group was later sold to Hermes Private Equity and then US buyout giant Blackstone in 2005. Joseph Baratta, Blackstone’s top man in Europe, said Varney led “one of the best management teams in the sector”. More than a dozen City analysts currently have a “buy” or “outperform” rating on the stock while no analyst has a “sell” rating.
“The broad sentiment towards the company has always been good,” Hargreaves Lansdown Stockbrokers equity analyst Keith Bowman said.
Varney toured the TV and radio studios yesterday to try and manage the fallout from the crisis. “I don’t think this is him putting into action a polished presentation, I think this is a genuine human reaction,” analyst Anna Barnfather, who covers the stock for Panmure Gordon, said. “He’s passionate about what he does and he wants to give people safe, thrilling rides.”
The City made a snap judgement after the crash, forcing Merlin’s shares down four per cent. Shares rallied slightly yesterday, rising to close 1.5 per cent higher.