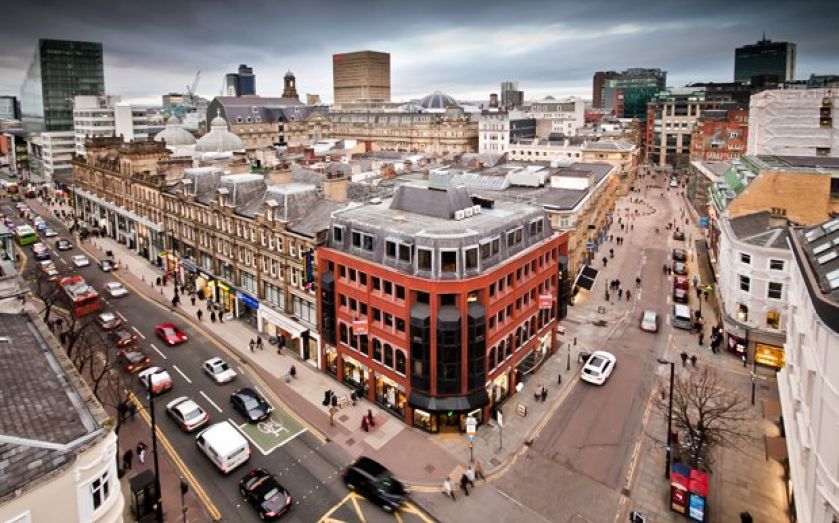 THE NORTH is the flavour of the month. Wrangles over HS2 persist, and opposition to the scheme in the affluent Home Counties grows, but George Osborne is trumping this. His plans for High Speed 3, directly linking the Northern conurbations, have strong support. He has also announced that Greater Manchester will get its own directly-elected mayor, with powers over transport, housing, planning and policing. And there is expected to be detail in the Autumn Statement about more devolved powers for Leeds and Sheffield. It is already clear that these city regions will get far more control over their own affairs than they do now.

Drastic action is certainly needed. Stupendous amounts of public money have been spent over the past 50 years in trying to close the gap in economic performance between the North and the South. One of the latest manifestations, the Regional Development Agencies, were set up by Gordon Brown in 1998. Despite spending billions, they achieved very little, and the coalition abolished them shortly after coming to power.

In essence, the problem with the economy of the North is that it is not sufficiently competitive with the South. It does not export enough to the rest of the UK, and runs a persistent deficit on its current account balance of payments with the South. No official data exists on this, but economic theory indicates that this is very clearly the case. The North and the South are in a monetary union – the sterling monetary union. In such a union, the characteristic footprint of a balance of payments deficit is that areas in deficit exhibit slower growth and higher unemployment than those in surplus.

The North needs to take control over its own destiny. Yes, public spending on infrastructure is essential, but the region must also develop a more dynamic ethos. It is wholly appropriate that the first steps in the new settlement will be in Greater Manchester. Manchester City Council has set the lead, and genuine collaboration has emerged at the city region level between the 10 metropolitan authorities that make up the area. The structures which now exist have evolved from the bottom up, rather than being the top down creation of central planners in Whitehall.

Earlier this year, the Association of Greater Manchester Authorities (AGMA) took an important step forward in the process of economic reform. It recognised openly that there is a tax gap as far as the region is concerned, with the city region generating £4.7bn less in tax than it receives in terms of funding for public expenditure. AGMA’s Growth and Reform document opened with the sentence “The unifying theme of the priorities set out in this Plan is to become a net contributor to the UK economy by 2020”.

It is easy to be cynical and dismiss this as mere words. But all too often, the regions simply plead poverty and demand more subsidies. Psychologically, the statement represents a key advance for the area, a recognition that sustainable prosperity can only come from its own efforts. Manchester has already made enormous progress with regeneration and seems placed for lift off.