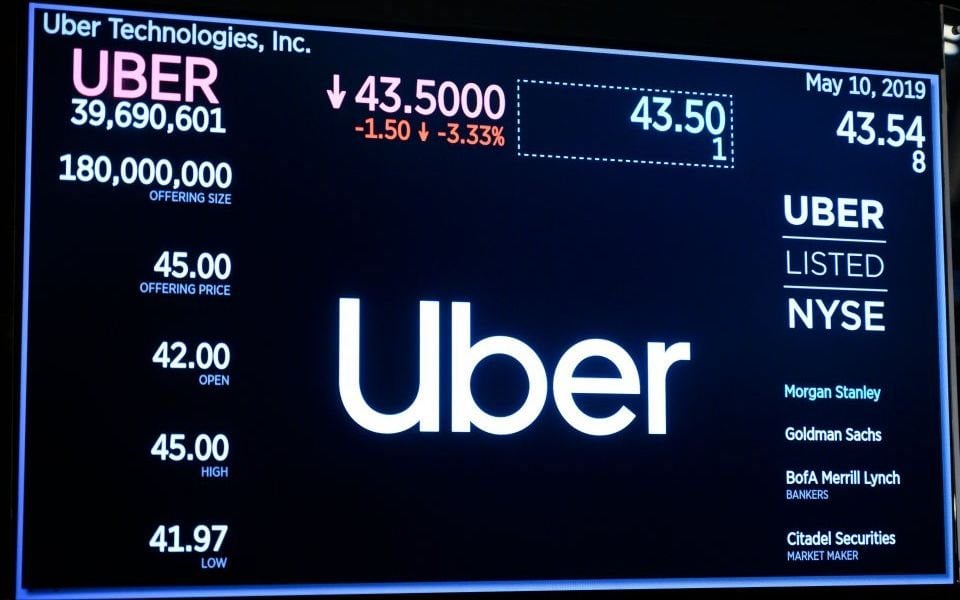 It was billed as one of the most anticipated initial public offerings (IPOs) in years, but yesterday Uber's investors were left disappointed when it set sail on the public markets for the first time.

Here are four things we were looking out for during yesterday's trading.

Perhaps some at Uber were hoping that its conservative pricing on Friday would be enough to save it from a disaster on the first day of trading. They were proved wrong.

The ride-hailing app had already priced its shares at the bottom of its $44 to $50 per share range which it set out at the end of April.

Despite some clouds, Uber proved the value of being a household name yesterday as it attracted more small investors than rival Lyft.

TD Ameritrade’s retail investors said they had performed more trades in the first ten minutes of Uber’s float, than in two and half hours of Lyft’s debut in March.

The ride-hailing app has become one of a small proportion of IPOs which have ended their first day of trading below their target price.

Only around a fifth of companies finished day one in the red over the past two years, data from Dealogic shows.

Even rival Lyft, whose shares have dropped heavily since listing in late March, was able to call its first day on the New York exchange a success, with shares up nine per cent.

Yesterday Lyft ended 28 per cent below its IPO price.

Focus on the future

Uber now faces a battle to convince investors it can become a profitable business, after posting losses since its inception.

“The business is unprofitable, new entrants can enter the market, there is potential regulatory risk, and it is very price sensitive. What is there to like about this opportunity?” said Robert Johnson, professor of finance at Heider College of Business.

But the company said it it looking forward to the future. Chief executive Dara Khosrowshahi tried to calm investors with his firm’s growth plans.

“My reaction [to the share price] is if we build and build well, shareholders will be rewarded. We're certainly not measuring our success over a day, it really is over the years,” Khosrowshahi told Reuters.