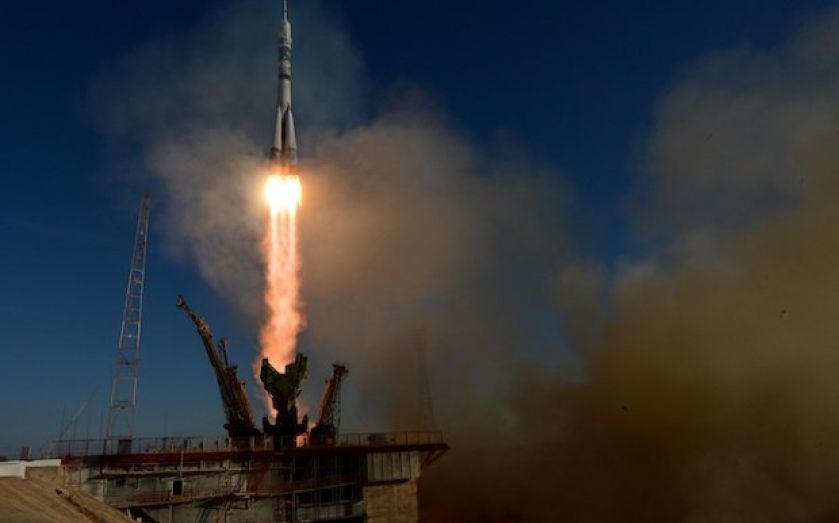 WHO SAYS the sky has to be the limit? Britain’s space industry has ambitions to become a global leader. The sector’s new growth plan, announced this week, includes establishing a British spaceport within five years. It wants our 6.5 per cent share of the global space market in 2010 to be 8 per cent by 2020. The latter would mean an annual turnover of £19bn in today’s terms, rising to 10 per cent of the anticipated £400bn market by 2030, creating 100,000 new jobs. The plan centres on selling British space expertise on a global stage, sending space exports through the roof, growing from £2bn a year today to £25bn by 2030 – a compound annual growth rate of 16 per cent. As minister for universities and science David Willetts said at the launch, one way to judge a UK sector with serious ambition is if it intends to spend the next two decades growing faster than the Chinese economy. It used to be easier to dismiss such talk as science fiction, but space already employs close to 30,000 people here and contributes £9bn to our economy. We forget that a household name like BSkyB is also a company built around space-based technology. And space is critical to powering many of the tech miracles that are increasingly invading our everyday lives, from mapping to weather forecasting to global communications. Britain also has innovators that are the envy of the world. Reaction Engines could slash the cost of reaching orbit with its Skylon spaceplane. Astrium group member Surrey Satellite Technology is already exporting expertise to advantage, building a constellation of weather forecasting satellites for Taiwan and three observation satellites for China. Old Street’s Inmarsat issued a profit warning last week, but the recent FTSE 100 constituent is still proof of how high space can take you. It predicts 8 to 12 per cent compound annual revenue growth in mobile satellite services over 2014 to 2016. Now Britain needs to marry its world-class ingenuity with an out-of-this-world regulatory environment. That starts with simpler licensing arrangements and reforms to permit commercial spaceflight from the UK spaceport. It will also require the support of the financial services the City is so brilliant at providing, everything from satellite insurance to capital raising. While there is some taxpayer backing for the UK space sector – £256m for the 2011-12 financial year – it is the commercial case on which this revolution will have to be built. Satellite data services provider Avanti raised £500m in capital in London and New York to finance its fleet. Reaction Engines will also be raising investment capital over the next two years towards the £360m it needs to develop Sabre, its potentially revolutionary engine. The scale of ambition from where we are now may seem extreme. But next year Sir Richard Branson will be on Virgin Galactic’s first commercial flight from New Mexico. That will change what seems possible. When Branson is ready to open a European branch, he should be able to do so in Britain. Marc Sidwell is managing editor at City A.M.