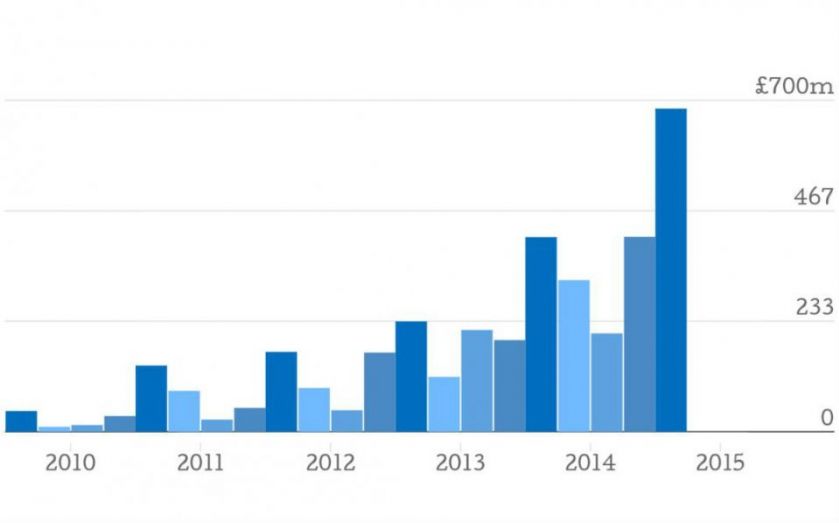 Investment in London’s technology sector has hit a record high, once again proving the city’s attractiveness to investors as firms in the capital gained more than half-a-billion dollars in backing in 2015.

In the first quarter of the year, in which established tech startups such as World Remit, Transferwise and Shazam received multi-million pound funding rounds, London’s tech companies attracted $682m (£459m) in venture capital (VC), up 66 per cent on the same quarter last year.

Funding in the first three months of the year surpassed the previous record of $411.6m secured in the last three months of 2014. The record figure also amounted to more than the entire investment in the sector in the whole of 2012.

Investment in the capital accounted for more than three-quarters of all VC funding made in the UK, according to the latest figures from London & Partners.

Eileen Burbidge, London technology ambassador and partner at Passion Capital, said: “This quarter is the most exciting yet in London’s tech development, as we have seen companies based in the capital attract substantial new investments from some of the world’s most tech-savvy and influential investors."