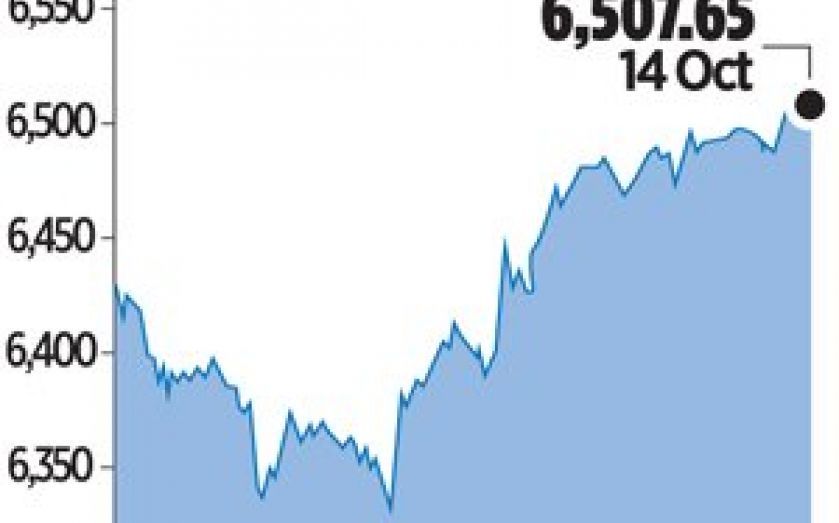 THE FTSE 100 inched higher yesterday, led by catalytic converter maker Johnson Matthey on the back of an analyst rating upgrade, while the slow progress in US debt talks kept any broad market gains in check.

Johnson Matthey rose 5.9 per cent as traders cited an upgrade from JP Morgan to “overweight” from “neutral”.

“Johnson Matthey is at an inflection point,” JP Morgan wrote in a research note, seeing potential gains of 35 per cent to the current price. “We expect years of investment in the industrial catalyst market to lead to accelerated growth, benefiting from the swathe of new customer capex driven by Chinese petrochemical self-sustainability and the US shale gas revolution.”

Although the market advanced, there was a strong undercurrent of anxiety as reflected in the FTSE volatility index, which had its biggest one-day percentage rise in two weeks.

Thin trading volumes, meanwhile, suggested many investors were sticking to the sidelines pending fresh developments in Washington. The FTSE 100 has traded at 63 per cent of its 90-day daily average.

US Senate negotiations to bring a fiscal crisis to an end showed signs of progress on Sunday, but there were no guarantees the federal government shutdown was about to end or that a historic debt default would be avoided.

“There is little appetite for risk at the moment until investors have some concrete idea of how this is going to play out,” said Richard Hunter, head of equities at Hargreaves Lansdown.

“We will almost certainly have a sharp relief rally should the situation be resolved but of course that’s not where we are at the moment and the nearer we tick to Thursday nervousness, without a question, is going to increase.”

Congress has until 17 October to raise the debt ceiling, or risk defaulting.

Charles Stanley technical analyst Bill McNamara, while envisaging a rise of around 200 points on the FTSE 100 should a deal be clinched, also cautioned against further nervous trading in the near term.

“If no agreement is reached by Thursday, a re-examination of last week’s lows (6,316) looks all too likely.”