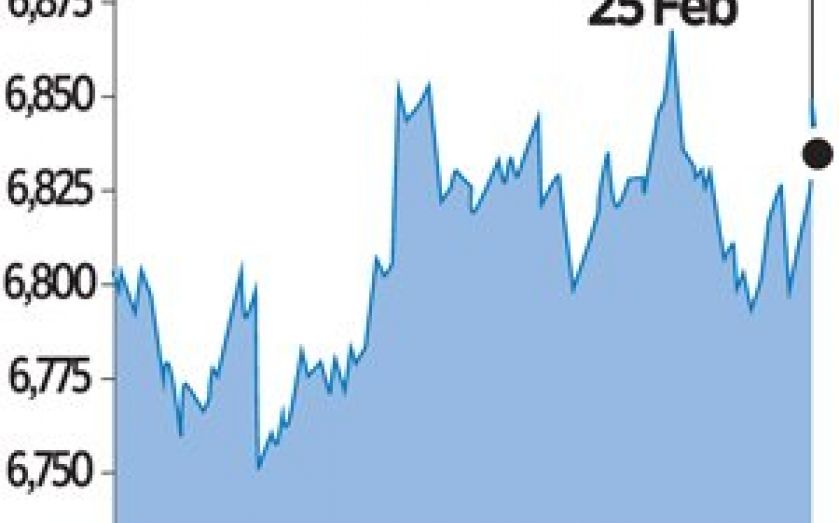 Mining shares recorded their biggest one-day slide in a month, amid concern that slower growth and lending curbs on the property sector in China would hurt metals demand.

The FTSE 100 index, which touched its highest close in 14 years on Monday, ended 0.5 per cent weaker at 6,830.50 points. UK banks fell one per cent, in line with a broader market sell-off.

The UK mining index dropped 1.8 per cent, making it the biggest sectoral decliner, as it tracked losses in metals prices. Major mining companies such as Rio Tinto, BHP Billiton and Fresnillo fell between 1.6 per cent to three per cent. Miners retreated as banks cut lending to property developers and sectors like steel, cement and construction in China, the world’s top metals consumer.

The index, which dropped one per cent on Monday, has lost about 4.5 per cent in under a week.

Of the top seven decliners on the FTSE 100 index, five were mining stocks. But the UK mining index, which fell 16 per cent last year, is still up more than five per cent this year, outperforming the broader performance of the stock market.

“The metals and mining sector is very much driven by developments in China. Recent newsflow from China hasn’t helped as it fueled concerns regarding slower growth in the country,” said Robert Parkes, equity strategist at HSBC Securities.

Traders said the FTSE 100, which came within striking distance this week of the record high it scaled 14 years ago, also sold a technical sell-off.

“Many stocks have become overbought, and it’s not hard to argue that now is a good time to take some profit. These major resistance areas are rarely overcome at the first attempt and some consolidation would not be a bad thing in the short term,” Bill McNamara, technical analyst at Charles Stanley, said.

The FTSE 100’s relative strength indicator (RSI) reading on a 14-day basis touched 70 on Monday. If a market has an RSI above 70, it indicates it is technically “overbought” and often results in a pullback. Among sharp movers, Irish building supplies group CRH climbed 6.2 per cent. The company said it expects the restructured business to boost margins and return to profit growth this year.