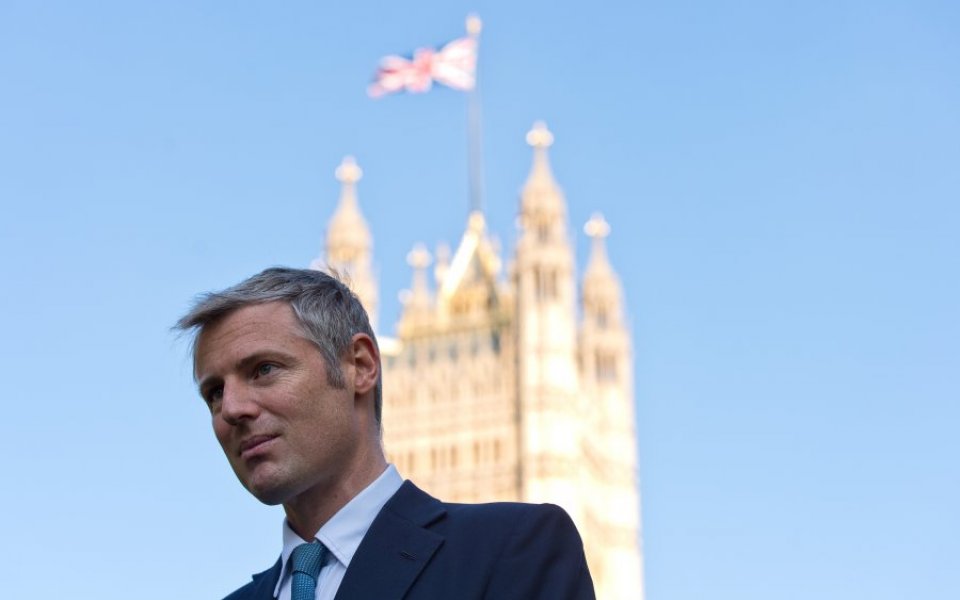 Neither the former or current Mayors of London could be described as party poodles. London has a history of rewarding straight talking, independent minded candidates and Zac Goldsmith has those attributes in spades.

Of course as a fellow Tory I’d be supporting him in his bid to be the Mayor of London, but at a time when British people are clearly crying out for conviction and independence, Goldsmith's consistency over the EU question is welcome.

When I heard that Goldsmith would be standing by his long held view of supporting Brexit at the referendum, I couldn’t help but be reminded of why London so desperately needs to elect him as mayor in May.

That’s not just because I agree with him that our country would be better outside the European Union, but because he has demonstrated yet again, that he always sticks to his guns and says what he believes.

This demonstration of conviction isn’t just a one off. Goldsmith has shown time and time again that he follows his heart. This was the Member of Parliament that pushed for the right of recall so constituents could punish poor performing MPs, campaigned in opposition to a third runway at Heathrow and championed green Conservatism before they were cool.

Let’s look at the alternative. Sadiq Khan has demonstrated that he is anything but an independently minded candidate. He was Ed Miliband's campaign manager during the Labour leadership campaign and ruthlessly used the unions' influence to get Ed chosen ahead of his brother David.

Khan has flipp-flopped on so many policy issues I defy anyone to say with confidence what he truly stands for. Is he for or against Heathrow expansion? Will he cut investment or raise council tax to fund his £1.9bn funding gap?

One area where he's been staunchly consistent is in his seemingly uncritical backing for the unions. Given that they are pumping funds in to his campaign, I’m hardly surprised.

He failed to condemned transport strikes which hit all Londoners hard but hit many low paid Londoners the hardest. Bank CEOs can get a taxi or work from home on strike days, cleaners and care workers can't and many don't get paid if they don't work.

The courageous thing for Khan to have done would be to stand up for hard pressed Londoners and stand up to the union bosses who donate to his campaign.

Whatever your own thoughts on the Brexit are, Goldsmith's decision to stick to his guns on the EU demonstrates that he doesn’t back down and he always champions what he believes to be right, even if it might cause a stir in his own party.

London is a unique city and it needs a pragmatic, forward thinking and independently minded mayor. That’s why in May Londoners need to rally behind Zac Goldsmith.