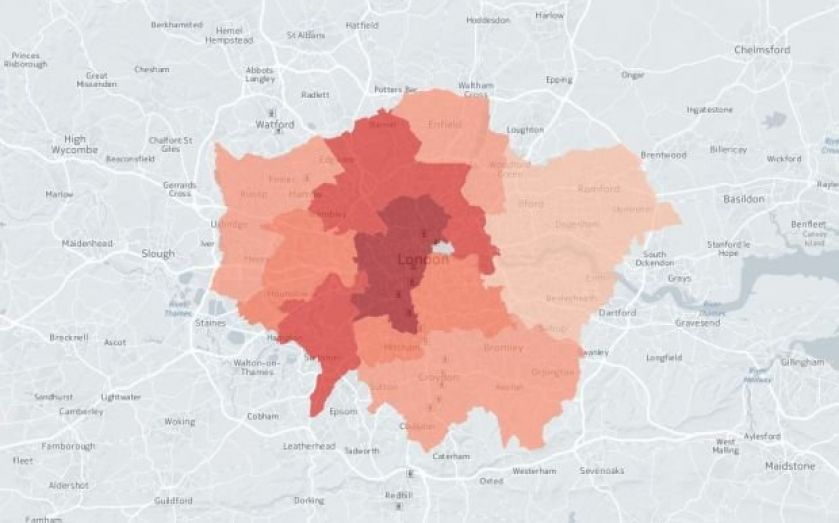 The latest figures from Rightmove show London's average asking price grew by 13 per cent over the last year, the biggest rise anywhere in the country.

Look at the breakdown for the rest of the UK here

It didn't top Rightmove's tables over the last month, but Rightmove doesn't seasonally adjust its data and so the month-on-month numbers can be misleading.

As this interactive map shows, there are some great disparities in the capital, and the average price across the city is influenced by the very high cost of a property in areas like Kensington and Chelsea.

The darker the colour on the map, the more expensive the average house there. Click on any borough to see a graph comparing the average asking price in this borough to the national and London-wide figures.

To scroll past this map on mobile, swipe down on the left of the screen.

The most expensive five boroughs are unsurprising: Kensington and Chelsea leads the way, despite Rightmove reporting a 3.7 per cent drop in prices in the borough over the last month.

The least expensive borough, Barking and Dagenham, actually had a cheaper average asking price than the national average.

Here are the boroughs with the biggest annual percentage changes:

And the smallest annual percentage changes: