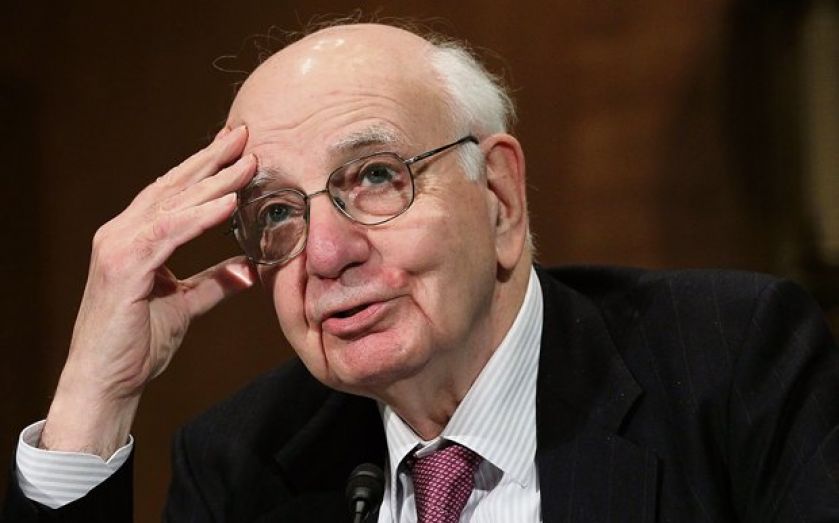 THE VOLCKER Rule is set to be approved today by regulators, who are voting on the controversial plans to ban banks from trading with their own money. New regulations will also restrict banks’ investment in hedge funds, as part of a wider set of measures to reduce the risks banks take. The rule is named after former Federal Reserve chairman Paul Volcker who headed the Fed in the 1970s and early 1980s and proposed the new regulations. “After more than three years of discussions, the final regulation implementing the Volcker Rule looks like it could become a reality for not only US banks but also for non-US banks that have a banking presence in the US,” said David Sahr from law firm Mayer Brown. “While there has been substantial speculation about whether the five US regulators that have been mandated to develop the regulations will be able to agree on a final draft, it appears as they approach the final approval that they are coming together in consensus on common provisions.” Officials from five regulators will be voting: the Federal Reserve, the Federal Deposit Insurance Corporation and the Commodity Futures Trading Commission will vote publicly. Meanwhile the Office of the Comptroller of the Currency and the Securities Exchange Commission (SEC) will cast ballots behind closed doors. However, there is a chance the rules will have to face another consultation, or face legal challenges from banks as a senior regulator yesterday said the details had changed substantially from previous draftings. “The final rule-making that you will see is, I think, significantly different than that proposal, such that it should have been re-proposed so that the public could comment and tell us whether we were getting it right,” the SEC’s Daniel Gallagher said. “My strong guess is that the Volcker rule will be revisited.” WHAT YOU NEED TO KNOW ABOUT VOLCKER’S RULE 1 Volcker wants to stop banks trading on their own books – the proprietary trading that he classes as speculation which he says contributed to causing the crisis. 2 One big problem is to define what counts as proprietary trading and what is not – for instance, how to show trades are taking place to cover the bank for risks it is taking, rather than as what regulators would see as outright gambling on the markets. 3 Another way to stop this is to clamp down on pay incentivising risk-taking in trading, a change which is likely to come in. 4 Although it is a US rule, coming in under the Dodd-Frank Act, it will affect the global operations of all banks operating in the US – around 11,000 firms. 5 Regulators have been working on the plans for more than three years, but there is still a chance it could be delayed further. If the deal differs too much from proposals previously consulted on, another period of public scrutiny could be needed.