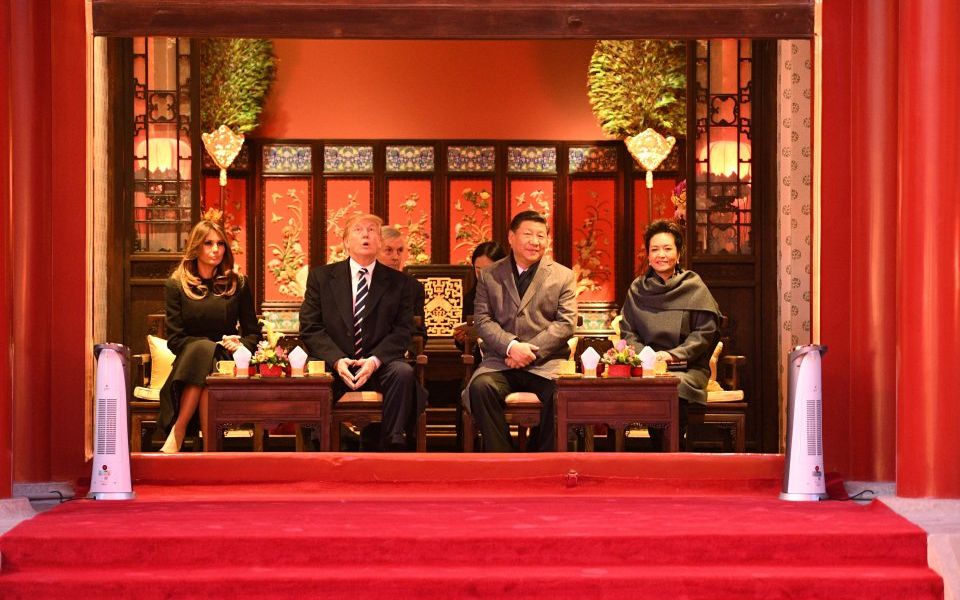 Garry White, chief investment commentator, looks at the market-moving events that have shaped the UK equity markets this week (30 July to 3 August 2018).

Interest rates were raised in the UK for the second time since the financial crisis, but the move was widely expected.

The earnings season continued. Growth in all regions was positive with the US delivering 24% growth, eurozone stocks reporting 14% growth and Japanese stocks seeing 17% growth. In the US and in Europe, stocks that tend to benefit from an upswing in the economy such as Energy, Information Technology and Financials, are performing better than stocks investors typically flock to when economic growth declines such as Utilities and Telecoms.

The Bank of England has raised interest rates for only the second time in a decade. The rate increased by a quarter of a percentage point, from 0.5% to 0.75%. This is the highest level since March 2009. Some questioned the decision ahead of the UK agreeing a Brexit deal with the European Union, but Governor Mark Carney said rates would be cut if needed.

The US Federal Reserve kept interest rates unchanged and said key drivers of the economy had strengthened, signalling to the markets it will raise rates in September and possibly December.

US jobs data was not as strong as hoped, but it was not so weak it is seen as changing the Federal Reserve’s interest rate stance. July non-farm payrolls came in slightly lower than expected at 157,000 compared with expectations of 193,000.

Equities in Turkey plunged and the lira hit a new all-time low against the dollar after sanctions targeting Turkey’s interior and justice ministers were introduced by the US over the continued detention of an American pastor. The move is unusual as the countries are Nato allies.

The Trump administration is considering increasing the rate of proposed tariffs to 25% from the previously suggested 10% on an additional $200bn worth of goods from China. Talks between the world's two largest economies are at an impasse in the trade spat, with both sides continuing to threaten new tariffs. On Friday, China said it would put 25% tariffs of $60bn of US goods.

The US Treasury Department prolonged the deadline for shedding assets and borrowings of companies of sanctioned Russian tycoon and Kremlin insider Oleg Deripaska to October 23, the third time it has introduced such a delay. Energy major En+, its subsidiary aluminium-producer Rusal, and carmaker GAZ are affected.

New US sanctions on Iran come into force this weekend. Garry White takes a look at the market implications here.

UK Prime Minister Theresa May cut short her summer break in Italy to meet French President Emmanuel Macron, to try to persuade him to soften his approach to Brexit. Mrs May is the first foreign leader to meet President Macron at his summer home, Fort de Brégançon, in the south of France.

Smart-speaker maker Sonos cut the price of its initial public offering, pricing it $15 a share, below the expected range of $17 to $19. At the offer price, Sonos is valued at just under $1.5bn.

Apple became the first company to hit a $1 trillion market valuation. The price surge followed a strong quarterly report which contained big beats on expected earnings per share, software and services revenue, and average iPhone selling price. The statement eased concerns about a general sell-off in technology shares after Facebook shares plunged by a fifth in the previous week.

Things were not so upbeat from South Korean rival Samsung. Smartphone sales were lacklustre, resulting in the group’s first quarterly profit decline in seven quarters. Also, China’s Huawei overtook Apple in the second quarter of 2018 to become the world's second largest phone vendor by volume, according to new market research.

Elon Musk’s Tesla recorded its biggest loss in history, but quarterly results from the electric vehicle group were well received. Although the company burned through $430m in cash in the three-month period, it was less that Wall Street had been expecting. To look at some of the issues facing the company click here.

Google-owner Alphabet was criticised for supporting state censorship following reports that the company is working on a mobile search app that would block certain search terms and allow it to re-enter the Chinese market.

The oil price edged lower over the week, on trade war concerns. Brent crude future slipped 1.9% by mid-session on Friday.

BP’s second-quarter results exceeded expectations and the company increased its quarterly dividend for the first time since the third quarter of 2015. The results were better than many of the industry’s so-called supermajors such as ExxonMobil and Chevron, as they missed analysts’ forecasts.

Centrica said it expected to maintain its 2018 dividend, easing fears it will be rebased, as the British Gas owner posted a slight rise in first-half earnings. The group said higher commodity prices and good production from the Rough field in the North Sea "largely" offset the fall in profit from its customer-facing divisions.

Shares in temporary power provider Aggreko rose sharply after it posted better-than-expected growth in first-half underlying earnings and stuck to its full-year forecast.

Global demand for gold fell to its lowest level since 2009 in the first half of this year as an improving US economy drove investors to riskier assets and consumers bought less gold jewellery.

Rio Tinto shares edged lower after it warned about rising costs for global miners in its interim earnings report, which was slightly below market expectations. Oil prices have climbed over the past year, driving up fuel costs for miners, and the cost of hiring contractors has also risen amid higher demand.

Rolls-Royce Holdings swung to a headline pre-tax loss of £1.3bn in the six months to June 30 from a profit of £1.4bn last time. The turbine maker had significant costs as it works to fix problems with its latest jet engine.

Defence giant BAE Systems maintained its guidance for flat earnings this year, saying that some issues at US projects and in its maritime unit would be offset by a stronger performance from other parts of the business.

Britain’s heatwave helped Next post stronger-than-expected quarterly sales, but management warned the boost from the hot weather was unlikely to last.

The future of House of Fraser was thrown into doubt after its potential new owner walked away from a rescue deal. Chinese group C.banner, which owns the toy store Hamley's, had planned to take control of the struggling department store chain and inject £70m of cash.

Merlin Entertainments, which owns attractions such as Madame Tussauds and Thorpe Park, reported a 14% drop in interim profits as warm weather kept people away from its indoor sites.

This summer's heatwave has hit profits at tour operator Thomas Cook, with more people staying at home rather than booking last-minute holidays.

Online food takeaway provider Just Eat said revenues this year would be higher than previously expected and the group would increase investment as a result.

Royal Bank of Scotland announced its first dividend in ten years at its interim results, albeit a nominal 2p a share once its provisional $4.9bn settlement with the US Department of Justice is finalised, ending an investigation into sales of mortgage-backed products.

Interim profits at Barclays fell by almost a third following a £400m PPI charge and a £1.4bn settlement with US authorities over its sale of mortgage-backed securities.

Profits at Lloyds Banking Group jumped by almost a quarter in the first half, despite the bank taking another £550m charge to cover claims from mis-sold PPI.

Standard Chartered has posted a good rise in interim profits as its restructuring starts to have an impact, but its shares fell as costs of digitising the bank rose.

Rough weather in Europe and the Americas hit first half profits at insurers RSA and Aviva.

The UK construction sector saw output expanded at its fastest pace in more than a year in July. The jump came on the back of higher volumes in new projects as well as some catch-up from the cold weather in the first quarter of the year.

UK house prices gained a bit of momentum in July after rising at their slowest annual rate in five years in June, according to Nationwide. House prices rose by an average 2.5% year-on-year.

Shares in estate agent Countrywide plunged by almost two thirds after management asked investors for £140m of emergency funds to save it from collapsing under the weight of its debt. The discount was wider than expected.

Serco’s interim numbers met market expectations and management kept its 2018 guidance unchanged. The group said it was focusing on foreign contracts and cost-cutting to compensate for a “hiatus” in UK public outsourcing.

Shares in IAG, the parent of British Airways, fell after it missed interim profit expectations and warned about the ongoing impact of air traffic control strikes.