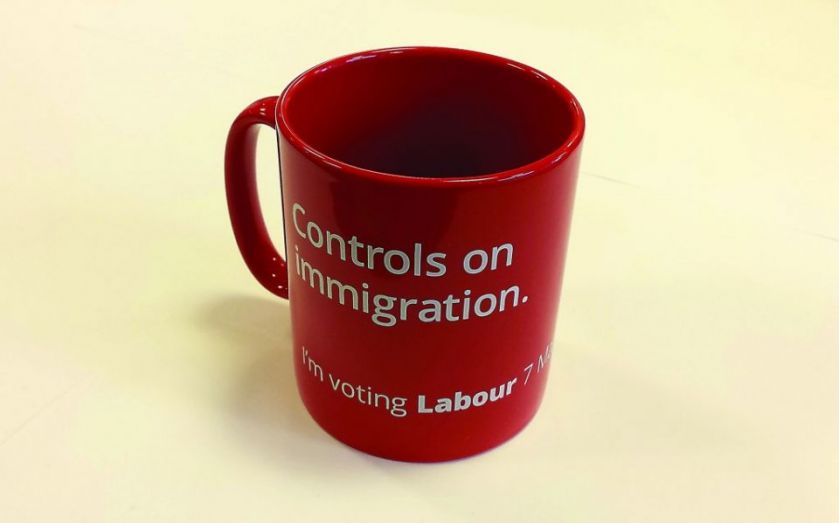 Labour, it appears, is trying to make a mug out of its supporters with regards to its immigration policy.

It has issued, just in time for the General Election, a set of five mugs with its five key pledges to voters. All well and good, but one of the mugs has caused great consternation among some party members because it  says: “Con­trols on immigration. I’m voting Lab­our.”

Hackney MP and Lon­don mayoral hopeful Dianne Abbott went off-message and tweeted: “This shameful mug is an embarrassment. But the problem is that immigration controls are one of our five pledges at all.”
https://twitter.com/HackneyAbbott/status/582164115260641280
Another mayoral hopeful, Tottenham MP David Lammy also broke ranks, tweeting: “Only saving grace of the Controls on Immigration mug would be the perfect irony if it turns out to be made in China.” But wait… at a business launch tod­ay, in spin worthy of Shane Warne, Labour is going to say that it won’t set a figure on what kind of level it thinks immigration should be cut (or “controlled”) to.
A Labour spokesperson told The Capitalist: “Labour has five election pledges. This is one of them.” So that’s us told.
Share:
Tags: Diane Abbott General Election 2015 People UK immigration