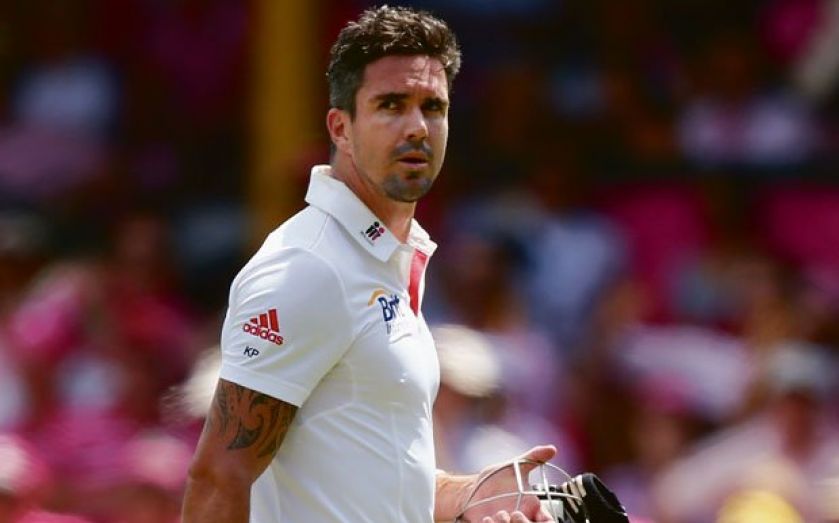 MERCURIAL batsman Kevin Pietersen could have just three county championship matches to forge an outlandish return to the England fold ahead of this summer’s Ashes series.

Pietersen is poised to rejoin Surrey imminently after yesterday negotiating his release from the majority of his commitments with Indian Premier League franchise Sunrisers Hyderabad.

The 34-year-old was thrown a lifeline by incoming England and Wales Cricket Board (ECB) chairman Colin Graves earlier this month when he hinted an international return was not complete fantasy, but would require an avalanche of runs in county cricket.

“I’m hugely grateful for all the support and understanding I’ve received from everyone at the Sunrisers and the IPL,” said Pietersen.

“My focus is now very much on the upcoming season in England and I’m absolutely determined to score as many runs as possible.

“I’ve never made any secret of my overwhelming desire to once again represent England and I’m going to do everything in my power to earn a recall to the international set-up.

“To once again put on that England shirt would be a privilege and an honour, but now I have to focus on performing domestically and give myself the best possible chance of meriting selection.”

A statement on his personal website confirmed the South African-born batsman’s ultimate aim remains a recall to the England fold before the start of the Ashes, which begin in July. Time may not be on the four-time slayer of Australia’s side, however, especially given the reasonable assumption that England’s final Ashes auditions will take place during the two-Test series against New Zealand in late May and early June.

Pietersen’s agreement with the Sunrisers means he will miss the franchises’ league fixtures, but will be recalled if they reach the knockout stages, which coincide with the first Test against the Black Caps.

Should he rejoin Surrey as expected, the club he left in October when his contract was cancelled, the big-hitting maverick would only have three four-day matches, starting with the season opener against Glamorgan on 19 April, before the England squad to face New Zealand is likely to be named.

That means a maximum of six innings, at a time of year not known for its stable weather or batsman-friendly conditions, for England to ditch their plans of more than 12 months in the making since Peter Moores’s reappointment as coach to accommodate the enigmatic Pietersen.

Managing director Paul Downton and national selector James Whitaker have been at pains to insist the ECB’s position has not changed since Pietersen’s sacking in February 2014 following a disastrous winter Down Under.

Test skipper Alastair Cook last week suggested an England return would be extremely unlikely in light of a series of claims and counterclaims, heightened by Pietersen’s controversial book.

Cook, meanwhile, suffered a second successive failure with the bat ahead of next month’s three-Test tour of West Indies, scoring just five for the MCC against Yorkshire in Abu Dhabi.

19-22 April
The domestic summer begins with the first county championship fixture of the season. Division Two side Surrey travel to the SWALEC Stadium to face Glamorgan where Pietersen’s first audition for the Ashes series could take place.

10-13 May
The third red-ball showdown of the campaign sees Surrey host Leicestershire at the Oval. This would presumably be the final opportunity for Pietersen to force his way to the forefront of selectors’ minds.

19-24 May
Pietersen may have secured his release from the bulk of Indian Premier League commitments with franchise Sunrisers Hyderabad, paving the way for a domestic return, but the 34-year-old could still be recalled should his team reach the knockout stages of the competition.

21-25 May
England begin their preparations for the Ashes with a two-Test series against New Zealand, with the first Test taking place at Lord’s. Pietersen is set to have a maximum of six innings to prove he merits a recall to the English dressing room. Surrey’s fourth county championship game of the season concludes on the opening day of the Test.

29 May-2 June
Peter Moores’ side face back-to-back Tests against the Black Caps, which leaves no time in between the matches for Pietersen to nudge the England hierarchy with a timely century or two. Surrey host Lancashire at the Oval in a four-day game which starts on 31 May.

8-12 July
Pietersen is a four-time Ashes winner and intent on playing his way back into the international fold ahead of the first Test of the summer against Australia in Cardiff. Such a renaissance would represent a remarkable turnaround following his sacking in February 2014 after a winter Ashes whitewash.