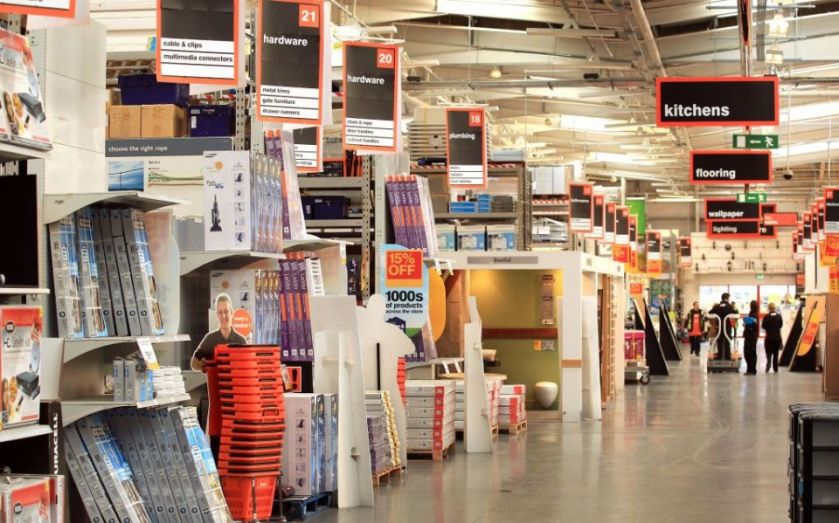 Kingfisher, Europe’s biggest home improvement retailer, said it has found buyers for a quarter of its stores earmarked for closure as it posted a rise in first quarter retail profit yesterday.
Kingfisher plans to close 60 B&Q stores over the next two years in a major overhaul of the business revealed by new chief executive Veronique Laury in March.
Laury said a quarter have been sold so far. B&M has bought 12 of the stores according to analysts.
Read more: DIY is not dead, says chief exec of Kingfisher
The 60 closures will put 3,000 jobs at risk but Kingfisher plans to move half of staff to other B&Q stores and employ 900 at Screwfix, which will open 60 stores this year.
The chain has been growing strongly, helping to lift retail profit by 1.4 per cent to £150m for the 13 weeks to 2 May.
Underlying group sales grew 0.8 per cent against strong comparative figures a year ago, with sales in France down 1.2 per cent but up 1.6 per cent in the UK and Ireland.
Share
Tags: Company Kingfisher