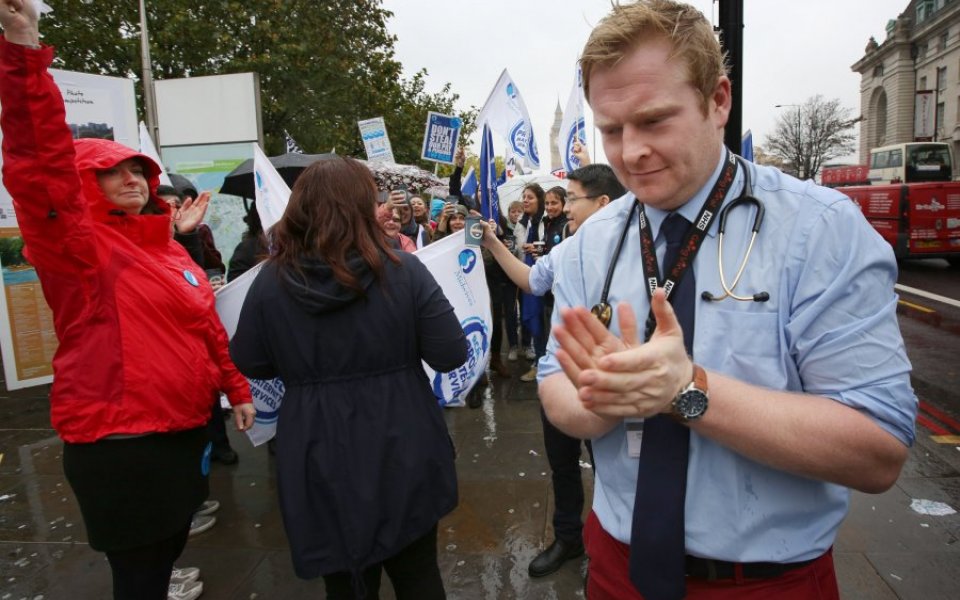 Junior doctors in England have voted overwhelmingly in favour of going on strike, as they continue to fight the terms of a new contract introduced by health secretary Jeremy Hunt's new contract.

Before the vote both sides – the British Medical Association (BMA) and government – had accepted that the "Yes" vote was almost certain to be the outcome, before the ballot closed on Wednesday. The BMA balloted just over 37,700 members.

Read more: Half of City workers have a long-term health problem

For months junior doctors have been taking parts in a series of protests to fight the contract, with talks having broken down last year.

Responding to the announcement, NHS Employers chief executive Danny Mortimer said: “Even at this late stage, we call for the BMA to return to talks. The new contract offers increases in basic pay, concrete safeguards on working hours and pay protection to ensure that doctors won't lose out. I think the public will question why the BMA are causing such significant disruption when the offer of talks remains open.”

However, while Hunt offered an 11 per cent basic pay rise, the BMA said this was only one factor of the deal, in which "normal working hours" would be 7:00 to 22:00 on Monday to Friday and 7:00 until late afternoon on Saturday. This also means that junior doctors will not receive as much in overtime pay, as normal working hours are extended.

Hunt has maintained the strike will harm patient care, but the BMA has asserted it has been forced into industrial action.