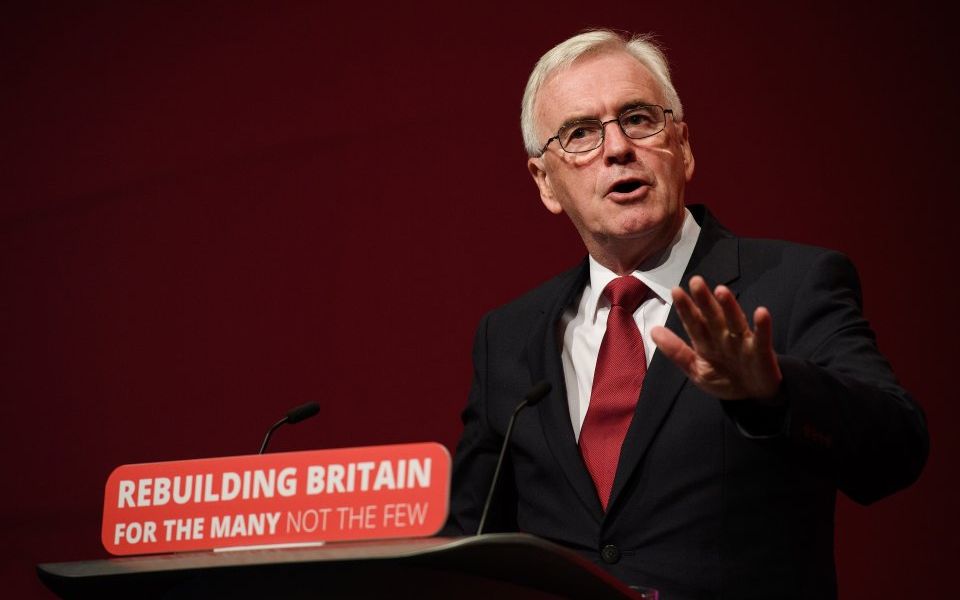 One of the UK's biggest business groups pleaded with Labour not to see enterprise as "the enemy" after shadow chancellor John McDonnell delivered a radical speech at his party's conference.

The Institute of Directors, which represents companies across the UK, urged McDonnell to abandon "sweeping measures and angry rhetoric" as he used a keynote address in Liverpool to parade his socialist credentials.

Among the measures set out by Jeremy Corbyn's right-hand man were vows to force large companies to hand over shares to workers and a pledge to fire directors and senior executives of water companies once Labour had renationalised the utility.

The CBI accused McDonnell of having a "wilful misunderstanding of business", while Stephen Martin, director general of the Institute of Directors, said: "We’ve said it before and we’ll say it again – business is not the enemy.

“The overwhelming majority of business leaders are as frustrated as anyone about poor wage growth, sluggish productivity, and corporate governance failures. But the answer will not be found in sweeping measures and angry rhetoric.

He added: "Renationalisation across the board would lead to lots of sound and fury, solving nothing."

In his speech, McDonnell tried to head off claims that renationalisation of the water industry would be a "return to the past", saying: "We don’t want to take power away from faceless directors to a Whitehall office, to swap one remote manager for another."

Water UK, the body which represents water companies across the country, claimed Labour's plan "doesn't answer any of the big questions" about how the state could effectively run the utility.

The body's chief executive Michael Roberts said: “At the moment there’s a well-run water industry that’s delivering lower bills, increasing investment, and which has cut leakage by a third over the last 20 years.

"To replace managers who have decades of experience in running successful water companies, and put much needed investment at risk by handing the industry over to politicians, risks years of chaos in an essential public service.” 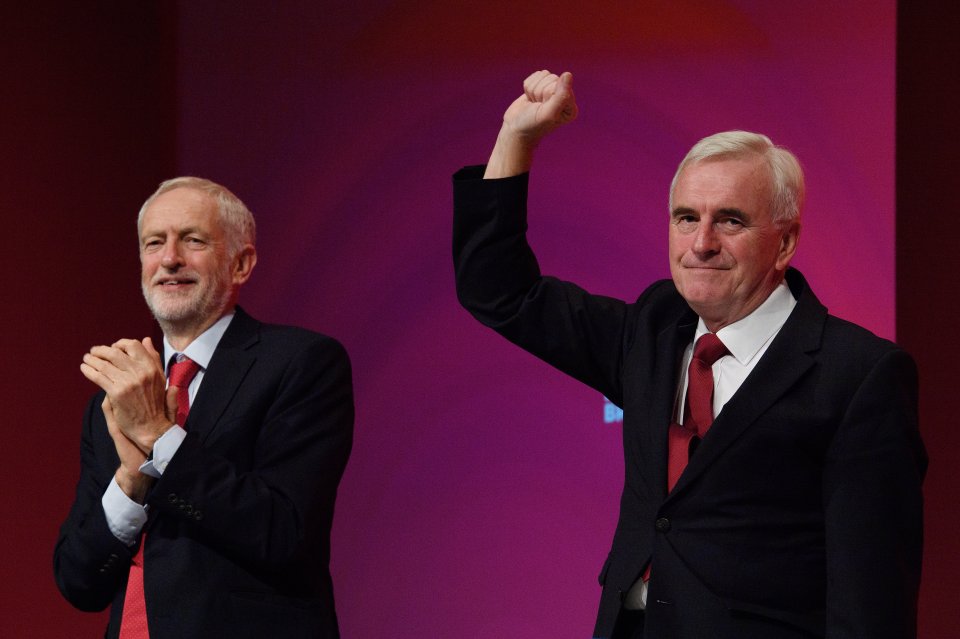 McDonnell also confirmed a previously announced plan to give workers in large companies shares worth up to £500 each year through the creation of "inclusive ownership funds".

This system would see 10 per cent of shares managed by workers, who would then receive a dividend each year. Any excess funds would be paid to the Treasury.

Read more: Labour will tell major companies to hand 10 per cent of equity to workers

CBI director-general Carolyn Fairbairn warned: "Labour must meet business halfway or they will crack the foundations of this country’s prosperity."

She added: “From renationalisation to dilution of shares, Labour seems determined to impose rules that display a wilful misunderstanding of business.

"Their policies would immediately reduce the value of shares owned by ordinary people by over 10 per cent and hobble UK ambitions to compete on a global stage.

"That’s a double whammy for people’s pensions and savings."

McDonnell's speech marked a further departure from the days of New Labour, as the shadow chancellor praised the old Clause IV wording of the party's constitution, including the phrase: "To secure for the workers by hand or by brain the full fruits of their industry."

Commemorating 100 years since the text was put into the party's constitution, the shadow chancellor added: "I say the Clause IV principles are as relevant today as they were back then."

Tony Blair successfully fought to have that section changed in 1995, a move which helped propel the party to 13 years in power.

He added: “The Chavez-style commitment to readvertise jobs at utility firms taken back into state control will make the roles political and take people with years of experience and track records of success away from where they're most needed.

“At least he was honest about what all this would be called:Socialism.”

Chancellor of the Exchequer Philip Hammond said: “John McDonnell showed yet again that Labour don’t know how to handle the economy and have no idea what their plans would cost.

“Labour’s plan to put politicians in charge of crucial industries means there would be nowhere to turn when things go wrong. They aren’t fit to govern and, just like last time, it’s working people who would pay the price."