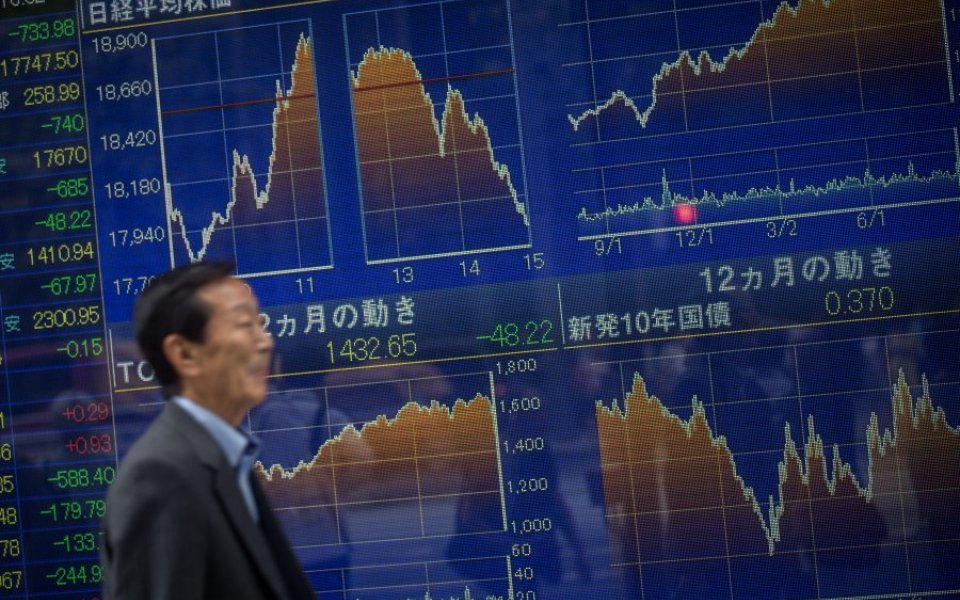 The yield on Japanese 10-year bonds, the benchmark of government borrowing, dropped to below zero for the first time this morning.

Bond yields fall as prices rise, meaning that now yields of Japanese bonds are negative, investors are paying the bank to hold onto their money. Once the bonds mature after 10 years investors could only cash them in for less money than they originally paid.

The country’s economy is facing a renewed crisis as a strong yen dragged Japanese stocks down more than five per cent in trading earlier today, the country’s worst market performance since 2013.

Jasper Lawler, market analyst at CMC Markets said: “Japanese investors have lost faith in the Bank of Japan as a backstop for the stock market and have flooded into the relative safety of Japanese bonds.”

Read more: Is China the new Japan? Why markets are testing whether China will permanently slow to growth of two or three per cent

The fall in bond yields to negative territory comes after the central Bank of Japan surprised the market with introduction of negative interest rates two weeks ago.

The move was meant to prop up the economy, but the subsequent rebound in the yen, the flight of investors from equity and drop in bond yields have caused many to question the future of Abenomics and its ultra-loose monetary policy.

Government bond yields have also fallen beneath zero in Sweden and Switzerland after they brought in negative interest rates.