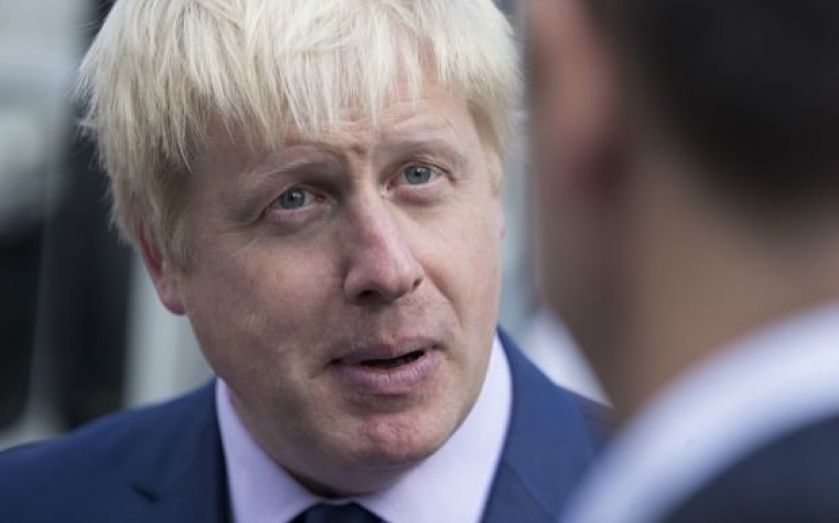 Boris Johnson’s threat to withhold the UK’s £39bn Brexit divorce bill raised eyebrows in the City yesterday and provoked a strong reaction from across the Channel.

The former mayor of London vowed to hold onto the cash to force the EU to give Britain a better withdrawal deal, as part of his pitch to become Prime Minister over the weekend.

Worldpay chairman and former Confederation of British Industry president Sir Mike Rake told City A.M. such a move would have a “terrible” effect on Britain’s reputation as an international negotiating partner. “We’ve seen what happens with countries who don’t pay their debts,” he said. “These are legal agreements.”

“Anyone who thinks negotiating by making threats in public a la Trump in a business world is the way to succeed is mistaken,” he added. “Is this serious?”

A spokesperson for influential business group the Institute of Directors said it would be “far better for business and for the UK if we could reach an agreement with the EU, and any agreement will involve settling the finances” .

“The UK will have to have an amicable partnership with the EU whatever happens.”

Public affairs firm Cicero chairman Iain Anderson said: “If this is about using threats to try and walk away from the table, I think that will make a lot of people in the City incredibly nervous.”

Johnson’s comments came in an interview with the Sunday Times. He said the EU “needs to understand that the money is going to be retained until such time as we have greater clarity about the way forward”.

He said he would hasten Whitehall’s no-deal preparations if he was elected Tory leader. Under his stewardship, Britain would leave the bloc by 31 October, with or without a deal, he added.

A source close to French President Emmanuel Macron told Reuters last night that failing to pay the £39bn bill would amount to a national default. “Not honouring your payment obligations is a failure of international commitments equivalent to a sovereign debt default, whose consequences are well known,” they said.

MEP Guy Verhofstadt added: “This would not only hurt the UK’s credibility as an international partner, but it is absolutely unacceptable and contradicts what almost every lawyer in the UK thinks about it.”

Tory MPs have flocked to Johnson’s side after he topped several polls of which of the 11 candidates would make the best PM. James Cleverly last week withdrew his own leadership bid to endorse the former foreign secretary. Treasury secretary Liz Truss and transport secretary Chris Grayling have also thrown their weight behind him.

Johnson made his pitch as other leadership hopefuls ramped up their rhetoric on how they would force the EU back to the negotiating table. Former work and pensions secretary Esther McVey echoed Johnson’s promise as part of her own bid for the top job, saying the £39bn was “back on the table”.

Meanwhile fellow Tory forerunner Michael Gove struggled to put a lid on revelations he took cocaine hours after condemning “middle-class professionals” using it in the Times 20 years ago. He told the BBC yesterday he “deeply regrets” using the class A drug “several” times.