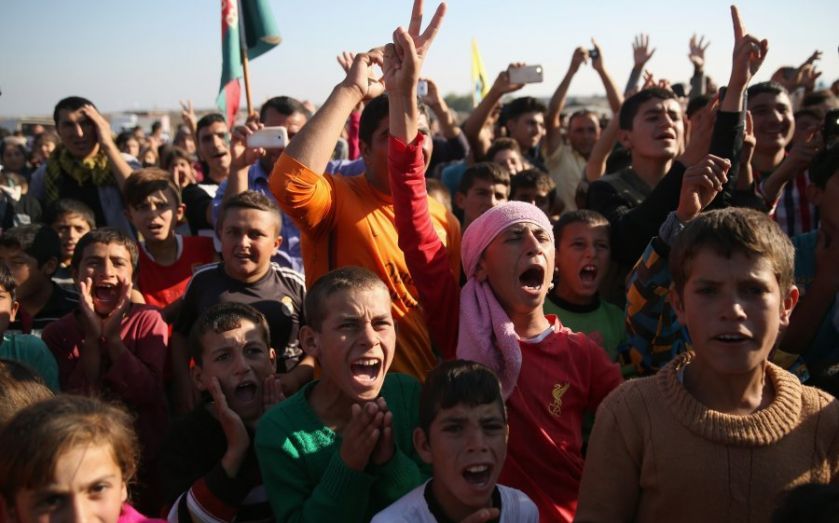 It's now very clear there is no way that Europe is able to accommodate the huge numbers of refugees attempting to enter. Let’s be realistic: most people are fleeing not because they want freedom and democracy, but to ensure the safety and future of themselves and their families. The only way to deal with the situation – apart from ending the terrible conflicts themselves – is to raise the standard of living of potential refugees, not with handouts but by creating jobs for them in their own regions.
For 15 years, the organisation I co-founded – Hand in Hand – has been fighting poverty in Africa and Asia by doing just that. We’ve been training people at the grassroots level to become entrepreneurs, helping them get credit, start small enterprises and expand.
We have worked in 10 countries, from India and Afghanistan to Kenya. And we plan to keep on expanding.
We pride ourselves on some remarkable results. So far, we’ve contributed to 1.6m enterprises. Our target is 10m jobs, which will lift 50m family members out of poverty. Equally impressive – because we work with local staff and volunteers rather than expensive ex-pats – our fundraising and administrative costs are only 10 per cent of our total budget.
The bottom line is that what it costs us to create a job in the developing world is just a small fraction of what it costs Europe (or the United States) to care for each new refugee. To be specific: our cost of creating a job in India is $20-$50, in Africa $50-$100 and in Afghanistan around $450.
In Europe, on the other hand, the cost just to resettle each refugee – never mind provide them with a job – is much higher. For example, in Germany, the cost to feed, house and teach German to one refugee is about $13,400 – and that’s per year.
Because of the current crisis, I am focusing on Afghanistan. Its people represent 20 per cent of the refugees coming to Europe by sea. Many of them are unaccompanied children, which makes it even more difficult for the receiving countries.
We know Afghanistan well. We were invited there eight years ago by former President Hamid Karzai, who was impressed by what we had accomplished in India. Because of the high level of security needed, combined with the challenges of poor roads and communications and the remote location of many of the poorest villages, it costs us $450 per job created. That’s a number we stand behind.
My home country of Sweden will be spending $7.23bn on asylum immigration in the coming year. With just 3 per cent of that amount – $45m each year, for five years – we could create 500,000 jobs in Afghanistan. That would improve the lives of 3.5m family members over five years. Children would be able to go to school, and families would be able to access better housing and life-saving medicine.
Imagine the tremendous impact that would have on Afghanistan and on reducing the tragic numbers of men, women and children currently risking everything in search of a better life.
www.handinhandinternational.org