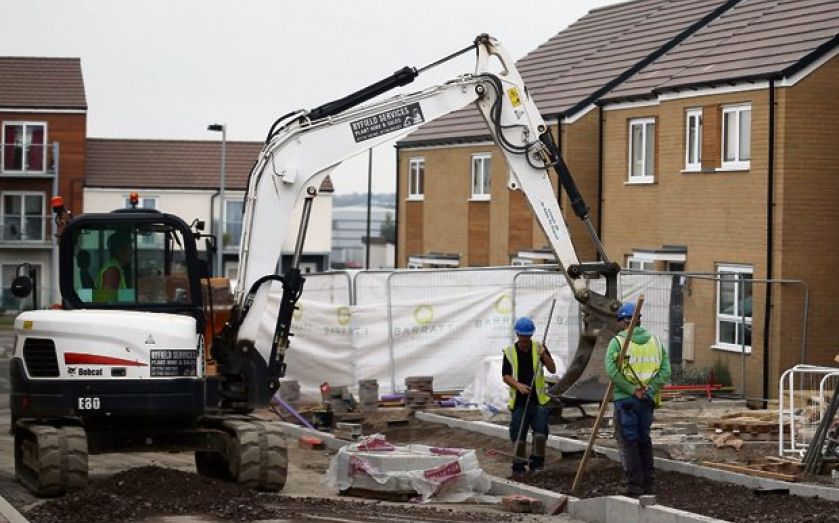 INVESTMENT in housing will surpass its pre-crisis peak in 2017, according to a new forecast out today from EY’s Item Club.

Spending on building and maintaining houses will rise by 6.8 per cent this year and 10.1 per cent next year, eventually beating the 2006’s £68bn record in 2017.

Such a strong increase may be a sign at last that more construction is getting underway.

Politicians have hoped for more building as one way to reduce the pressure on housing that has seen prices rise by around 10 per cent in the last year.

“A £10bn increase in business lending is a very respectable start to what we believe will be ongoing growth for the next few years,” said economist Andrew Goodwin.

“However, while this is good news for those businesses who have been starved of finance, it must be seen for what it is, which is just half of the fall that was experienced in 2013. All the same, this should not take away from what is a positive step towards more ‘normal’ lending levels after five years of stagnant and falling lending figures.”

Consumer credit is also beginning to rise, led by mortgage lending. Household’s debts now stand at 140 per cent of income, down from a peak of 170 per cent and opening the door to more lending. As a result the Item Club predicts a rise of 3.1 per cent in consumer borrowing, up from 0.8 per cent in 2013.