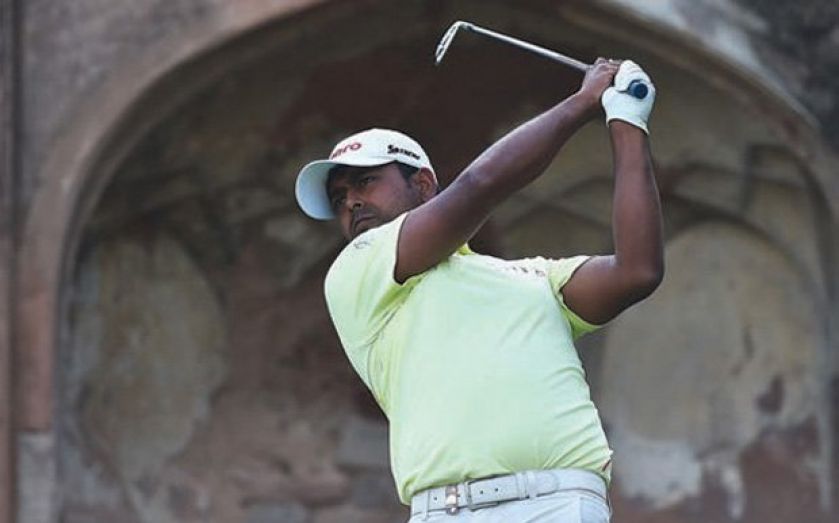 AS FAR as winning bonuses go, they don’t get much better than a Masters debut, which is what Anirban Lahiri effectively cemented with victory on home soil at the India Open on Sunday.

The setting might have been familiar but it was far from easy for Lahiri to claim his second title in the space of three events, as he had to come from seven shots behind on the final day. Highlights included an extraordinary chip in for a par three at the 17th and then his third shot at the last, which helped to force a play-off with SSP Chawrasia.

I felt sorry for Chawrasia and Prayad Marksaeng, who three-putted the last to miss the play-off, but the day belonged to 27-year-old Lahiri. That lifted him to a career-high world ranking of 34, effectively ensuring he is likely to qualify for the Masters in April for the first time.

Also celebrating – although not in the way he is most famous for – was American James Hahn, who won his first PGA Tour title at the Northern Trust Open. Hahn became a YouTube sensation by marking a successful putt with a Gangnam Style dance a couple of years ago. I thought it was magnificent, a class act, and, although we weren’t treated to it again this time, that kind of thing is a breath of fresh air and I hope we see plenty more of him – and the dance – in years to come.

England’s Paul Casey played well to make the three-man play-off that Hahn won, as did Dustin Johnson, who is looking really good since his return from a lengthy absence.

Sergio Garcia will feel he blew it, though. The Spaniard looked set when he chipped in at 12 to move one clear, only to bogey 17 and 18, and it was a shame for him.

Garcia and Johnson are two of the names in a strong field for this week’s Honda Classic, which sees world No1 Rory McIlroy make his first appearance since ending a long legal battle with his former management.

Now those off-course distractions are over, the floodgates could really open as he prepares for the Masters. He certainly doesn’t need to win before Augusta, but I can’t see McIlroy failing to over the next few weeks.

The other winner I must mention this week is Lydia Ko. The youngest ever women’s world No1 marched on with victory at the Australian Open – and she’s still just 17.

A few years older, Davis Love is expected to be confirmed as America’s Ryder Cup captain for next year. I’m disappointed that Fred Couples seems set to be overlooked, as nobody deserves it more than him, but he could yet get a chance further down the line, and Love is a gentleman. He was at the helm of the losing side for Europe’s famous final-day comeback at Medinah in 2012, but he did a good job and his strategy was sound; the golfing gods just said no that day.