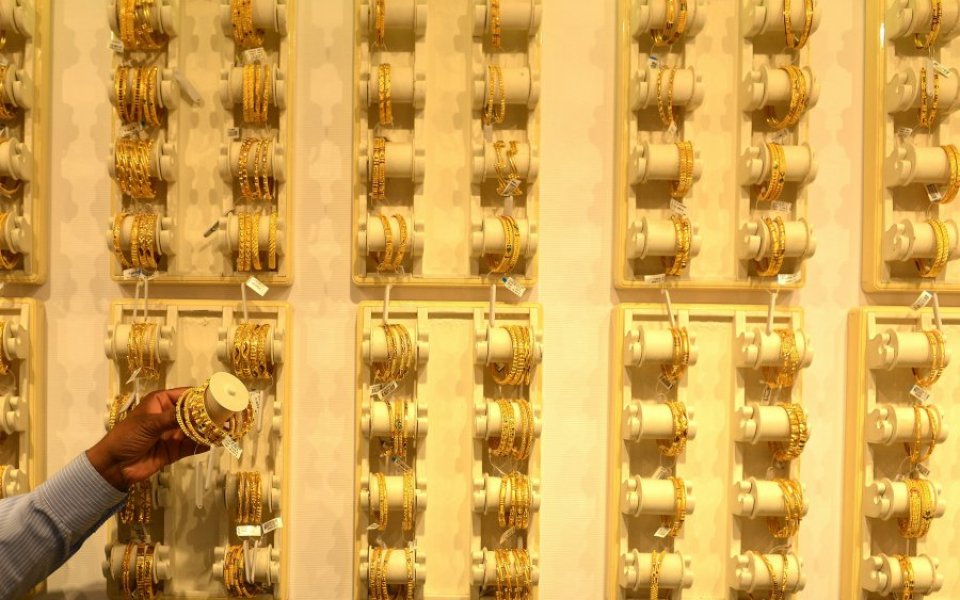 Gold has rallied and analysts are forecasting higher prices this year. Will the precious metal shine in 2016?

The market has been rankled by a catalogue of risks, from China’s shifting economy to Middle East geopolitics and slower global growth – all while the US embarks on a path away from from extraordinary monetary policy.

“That uncertainty means people have gone back to gold as a traditional safe haven… gold is a pseudo-currency,” says Clive Burstow, manager of Barings Global Mining fund.

Gold has risen 4 per cent so far this year to trade around $1,104 a troy ounce. That compares with a 16 per cent fall in international benchmark Brent crude, a 19 per cent drop on the FTSE 100, and slumping commodity prices.

“The world is in turmoil. Equity markets around the globe are significantly off and it’s only the fourth week of January,” says Graham Leighton, a trader at Marex Spectron.

Some analysts are expecting gold prices to rise, with consensus expectations of up to $1,300 an ounce by the end of the year. Gold prices are notoriously hard to forecast, as the precious metal is bought for sentimental reasons as well as being used as a store of value during economic strife.

It’s also hindered by a strong US dollar – which is an on-going theme – as gold is priced in dollars. In addition, rising interest rates in the US mean investors are more likely to favour interest-bearing assets than a store of value such as gold.

But analysts are still positive. “Despite the headwinds… we think that gold prices will be well supported and possibly rise up to $1,250 this year,” says Simona Gambarini, commodities economist at Capital Economics.

Alongside safe haven demand and its use as an inflation hedge, she highlights the fact that valuations of equities and bonds are very high, as reasons the gold price could rally.

Read more: Is it all over for gold?

So far, the gold price has crept above $1,100, but it has struggled to properly cross the threshold ­­– despite the market turbulence. “I am surprised gold hasn’t pushed through $1,100 more materially,” says Burstow.

Given gold’s unusual position as an investment – it has no real use other than decoration, unlike other commodities with real world uses – there are several theories as to why prices aren’t higher.

Some argue gold’s status as a safe haven has been lost. This is on the grounds that since its price peaked in 2011, global risks have been mounting, not diminishing, but gold remains well below its peak.

Another theory is that investors have become used to market chatter about risks while the prices of equities, bonds and property rise ever higher. It may be that the only thing that could really send investors running to gold is another global crisis.

“We have been telling clients to watch what’s going on because we do not believe that this recovery in gold will be lasting unless there is a global crisis,” says Carsten Menke, commodity analyst at Julius Baer.

He has analysed the worst sell-offs in history and notes that when the S&P 500 loses 20-25 per cent of its value, gold prices move up 3-5 per cent. “From that perspective, the current behaviour of gold is what you would expect,” Menke says. He forecasts the yellow metal will end the year back down at $1,100 an ounce, barring any world market meltdown.

These stocks have been heavily sold off and shorted. So much so, that some analysts believe they are oversold and are due a rebound. “If someone has made money being negative on the mining and commodities space, they would be looking at their books and wondering when to reverse that trade,” says Burstow.

“People have been very negative and oil prices are very low, but when that reverses, will that re-engineer inflation and will industrial commodities rally ahead of the gold price?”