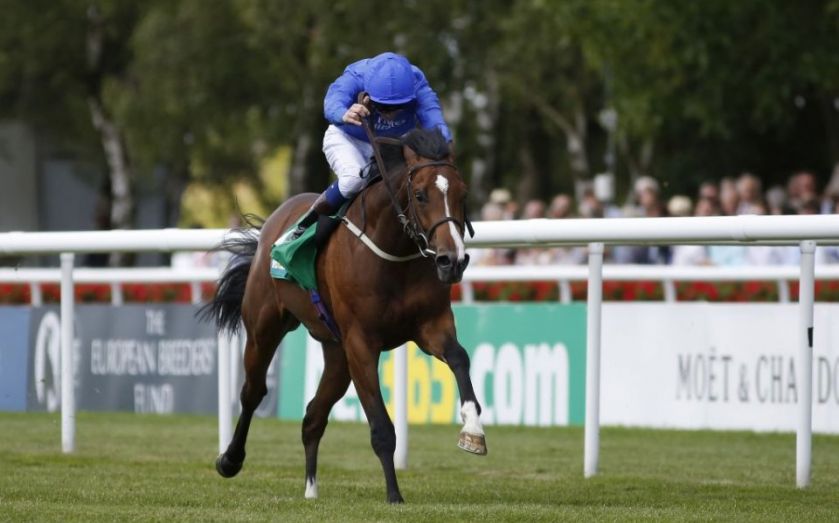 Glorious Goodwood has been deprived of the Superlative Stakes rematch between Richard Fahey’s Birchwood and Aidan O’Brien’s Air Vice Marshal in this afternoon’s Qatar Vintage Stakes (2.35pm) as the latter was ruled out yesterday.
However, a decent field of eight are still set to go to post for the Group Two where Fahey’s son of Dark Angel heads the betting at 5/2 with Unibet.
His only defeat in four starts to date came in a muddling small field affair at Naas on his penultimate start and he appeared to benefit massively for the step up to seven furlongs last time.
He does look progressive, but this afternoon’s contest is a little hotter than the Newmarket event and he may be pushed to successfully shoulder the 3lb penalty he picked up for winning that day.
Hugo Palmer saddles the hugely progressive Galileo Gold, who continued on an upward curve at Haydock last time, while Charlie Hills’ Ibn Malik won what looked a decent maiden at Newmarket on his sole start.
However, the one they all have to beat could well be the Godolphin-trained STRONG CHALLENGE, who really caught the eye when winning his maiden here at Goodwood last month. Admittedly, this requires another massive step up. But there is every indication that he may be very good indeed and he is certainly worth an interest at 7/2 with Unibet.
The form of his maiden win took a massive boost on Sunday when the runner-up Gutaifan won the Group Two Prix Robert Papin in France, having previously been unable to land a glove on my selection on debut.
The most taking thing about Strong Challenge’s course win last time was the speed he showed to track over to the stand side rail, followed by the ease with which he travelled so effortlessly throughout the contest. The step up to seven furlongs should suit and he looks a really exciting prospect.
At a much bigger price, don’t totally discard Dean Ivory’s Twin Sails at 10/1. He’s won both his two career starts and would be a fraction of his current odds if trained by Richard Hannon.
@BillEsdaile