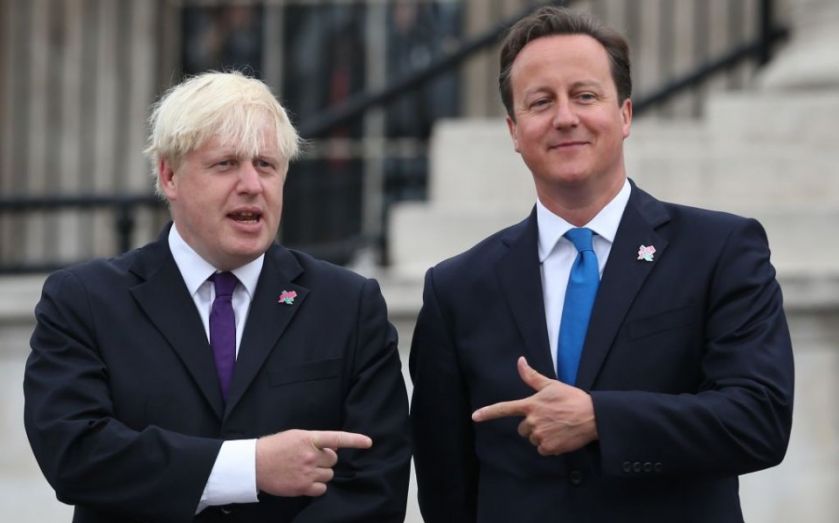 David Cameron's days as head of the Conservatives may be limited, if party donors have it their way.

Two supporters who made substantial contributions in recent years have expressed dissatisfaction at the way he is leading the party, and say they want Boris Johnson to replace him if he loses the General Election on 7 May.
Describing his campaign as “utterly cynical” and “not in the slightest inspiring”, they told The Sunday Times it lacked “a powerful vision for the future”.
Peter Hall, an investment manager who has donated almost £600,000 since 2005, accused Cameron of having a “curious lack of energy and belief in his campaign”, and said if the party doesn't win in 11 days it will be his fault: “If we don’t have a Conservative government after May 7 it will be because of David Cameron."
Another big party donor who is sceptical about Cameron is entrepreneur Huigh Osmond. “What would a Cameron UK really look like? I’ve just no idea,” he said. “I don’t find either of the campaigns the slightest bit inspiring. They are utterly cynical, trying to woo those few extra electors their way.”
In response to widespread criticism earlier this week, Cameron said: “We have got 12 days before the most important election in a generation. You might want to spend your time speculating on what happens on the 13th day, I’m focused on the 12 days we have got to save our economy, save jobs and save our country.”

Tory ministers have been discussing the best possible successor to Cameron, should Ed Miliband win the election. Among donors, though, there's a clear favourite..
Hall described Boris Johnson as “the man who can reach the parts that others cannot”, thanks to his “emotional connection with the public at large”. Osmond, meanwhile, said that “if there’s going to be a new leader of the Tory party, you'd really have to give Boris a go”.
Another unnamed donor said “Boris is the only one who can win. Everyone knows what is going to happen in 10 days’ time. If Dave doesn’t make it, we’ll get rid of him.”
A recent YouGov poll revealed similar opinion among voters, with 31 per cent judging him Cameron's best successor. His selection isn't certain, though – home secretary Theresa May is considered another likely option, and she received 13 per cent support in the same poll.
[custom id="1"]