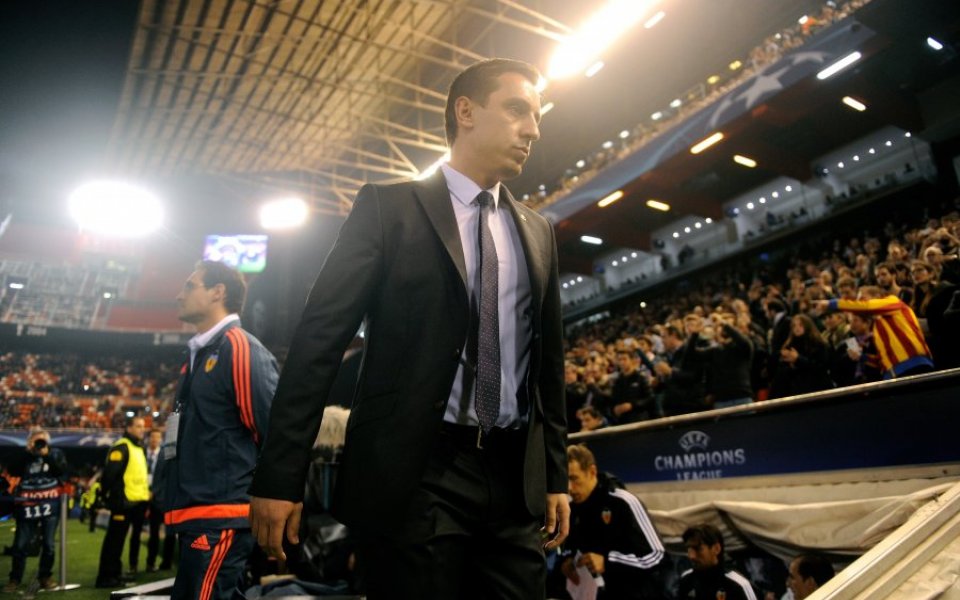 Former England and Manchester United defender Gary Neville’s managerial career got off to the worst possible start on Wednesday night as his Valencia team lost and crashed out of the Champions League.

Lyon’s 2-0 win in Spain, earned by goals either side of half-time by Maxwell Cornet and Alexandre Lacazette, ended Valencia’s slim hopes of progressing to the knockout stage.

Gent’s 2-1 win at home to already-qualified Zenit St Petersburg meant that even a Valencia win in Neville’s first match in charge would not have been enough to snatch second place in Group H.

The results mean that the La Liga team, who appointed United great Neville in a surprise move last week, drop into the Europa League, where they could now meet his former club.

Roma, meanwhile, stumbled into the last 16 in the other group not containing English sides to be concluded on Wednesday.

The Italians could only draw 0-0 at home to BATE Borisov of Belarus, a result that left them on six points.

But Bayer Leverkusen’s 1-1 draw at home to runaway group winners Barcelona restricted them to six points too, and Roma progressed by virtue of their superior head-to-head record against the Germans.

The draw for the Champions League round of 16 is due to be made on Monday.