The FTSE 100 was the only European market to rise today, as investors continued to show their optimism at the outcome of the election and the Bank of England's decision to hold interest rates.

Meanwhile, Germany's Dax was 0.43 per cent lower, while France's Cac was down 1.35 per cent as investors showed their nerves over Greece's ability to stump up €750m (£540m) of debt repayments to the International Monetary Fund (IMF), due this week. 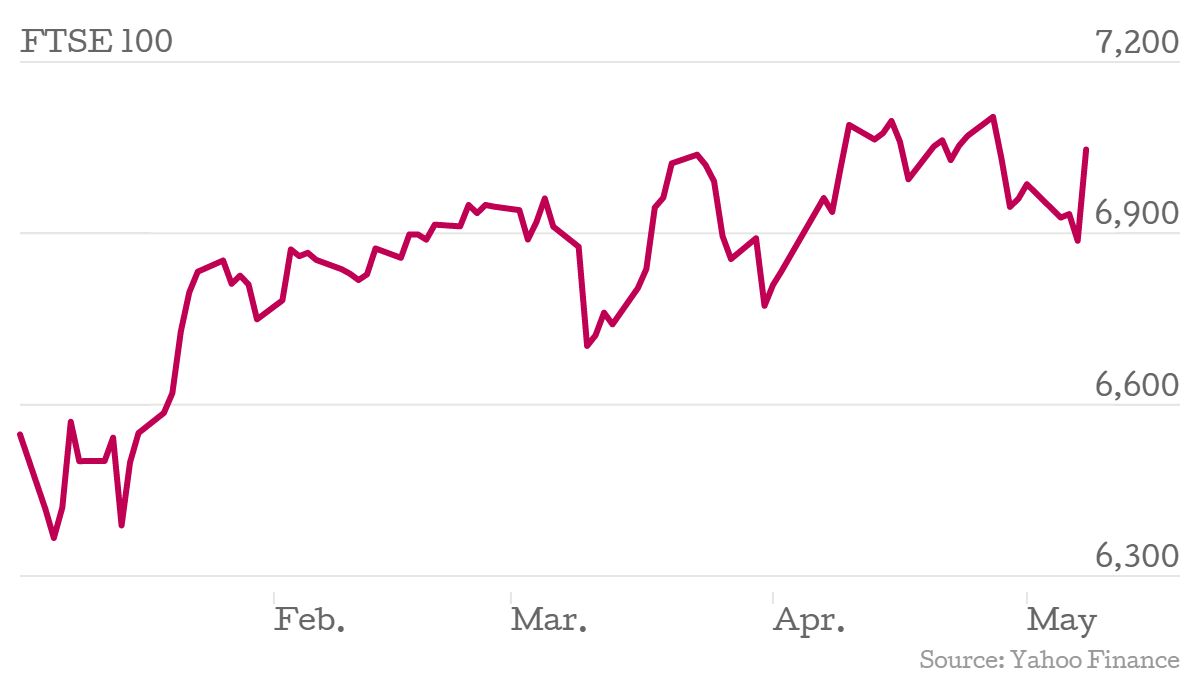 The news came as the Bank of England's monetary policy committee announced – in what is now barely a market event – its decision to hold interest rates at 0.5 per cent. The Bank had delayed its announcement because of the election.

"It is very possible that the Bank of England will take interest rates up even more slowly [than expected]," he said.

"Any hit to economic activity coming from increased uncertainty over a referendum on EU membership in 2017 could also cause the Bank of England to temper interest rate hikes."