Glastonbury is cancelled, so what about other cultural events? 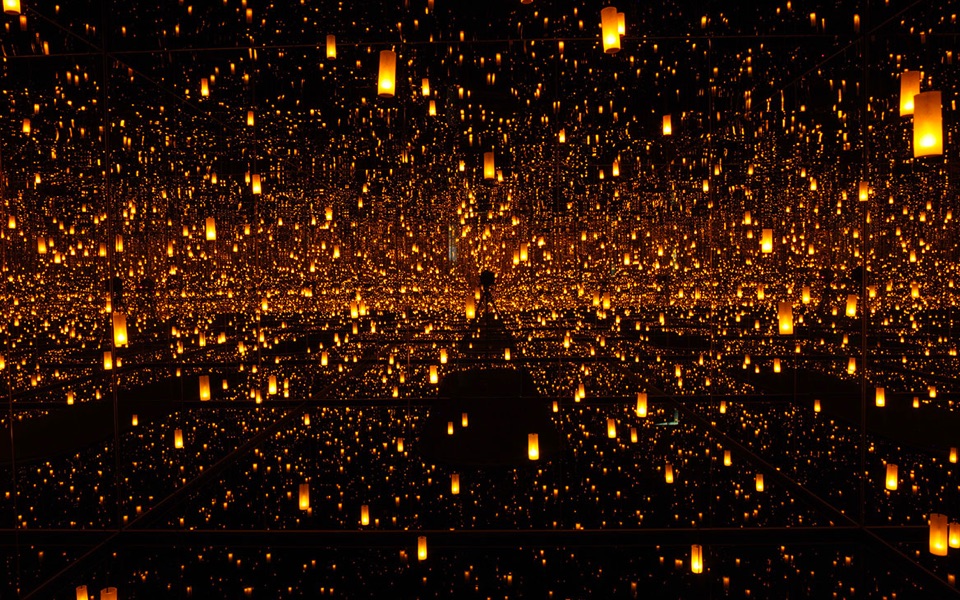 Last year was a virtual write-off for the cultural calendar, with the year’s most hotly-anticipated events being brushed aside by the ceaseless march of Covid. This year the world seems to be drawing close to a solution to the crisis – but that hasn’t com in tiume to save Glastonbury. So what of the other top releases and events?

The woman who has done more for performance art that any other will receive her first comprehensive UK retrospective. The Serbian artist’s most iconic works will be recreated by a new generation of actors and artists, including the infamous Rhythm 0 (1974), during which a loaded gun was held to her head (presumably the UK’s sensible gun laws will, however, prevent too accurate a restaging).

Scheduled for the end of September, it seems almost unthinkable that this one won’t go ahead, even given the interactive nature of performance art.

That the Tate Modern’s Yayoi Kusama retrospective took place almost a decade ago makes me feel incredibly old. Still, a chance to see her incredible Infinity Mirrored Room – Filled with the Brilliance of Life again is something to look forward to, a life-affirming stroll through an infinite universe of light after the long, dark night of the soul that was 2020.

Arriving at the end of March, it seems unlikely that this one will fall victim to coronavirus, and a little bit of social distancing might even enhance the experience for those who can secure tickets. Even if it’s delayed once more (it was originally planned to open last year to make the Tate Modern’s 20th anniversary), it’s scheduled to run for an entire year, so what’s another couple of months between friends?

Chances of going ahead: Cancelled

The viability of the UK’s biggest and most prestigious music festival had already become one of the hot cultural topics of the year before the big announcement. Former Spice Girl Mel B claimed the event – which is set to feature Lionel Richie, Lewis Capaldi and Snow Patrol – had been cancelled, much to the consternation of event organiser Emily Eavis, who insisted it remained a going concern.

One of the UK’s earliest large-scale music festivals, it attracts 200,000 people. Festival organisers had been exploring the option of mass testing of attendees for Covid as well as other virus-busting measures. But given the current state of the world, this year’s event was deemed too much too soon. The good news is, those who managed to get tickets will be given access in 2022.

While not technically cancelled, last year’s Royal Ascot took place behind closed doors, with the Queen missing out on her annual trip to the races. In the pre-Covid times, the horse racing calendar’s most prestigious event attracted up to 300,000 visitors.

The viability of this year’s event remains up in the air, with organisers saying: “Due to the ongoing Covid-19 pandemic and the current uncertainty as to when we will be able to welcome spectators back to Ascot Racecourse, we are currently not selling tickets for Royal Ascot 2021”.

However, barring any more unforeseen setbacks, it seems likely the event will go ahead in some form, even if that entails a restriction on numbers.

Bond was due to return in April 2020, with the first lockdown pushing that back to November, and the second delaying it by a further six months. Daniel Craig’s guaranteed box-office smash is the shot in the arm that beleaguered cinemas have been waiting for, provided we all get shots in our arms in time.

The current roadmap for immunisation makes the April date look achievable, but the studio has demonstrated its commitment to a full cinematic release and any road bumps could lead to another delay.

Back to the Future the Musical (14 May)

The most hotly-awaited musical of the year is due to open in May, offering fans the chance to return to Hill Valley and catch up with Marty McFly and the Doc. Back to the Future is as big as they come in theatreland and it will need the Adelphi Theatre packed to capacity to be viable.

If everything goes according to plan over the next two months this is a sure thing, but if social distancing is still in place there’s a chance the show could be delayed.

The original cast of Friends – Jennifer Aniston, Lisa Kudrow, Courteney Cox, David Schwimmer, Matt LeBlanc and Matthew Perry – were all set for a reunion on HBO Max last year when the global pandemic began to take hold and the project was called off. Now Perry has confirmed it’s back on track and due to hit screens in early March.

This was supposed to be the big release for the new Xbox Series X from Microsoft, a showcase for the potential of the world’s most powerful console. But a lacklustre trailer had the internet rubbing its chin in bemusement and the subsequent delay was all but inevitable.

Not doing things by half, the release date was pushed all the way back to autumn 2021 and it’s as close to certain as the creative industries can get that the developers will hit that target. Hopefully it can live up to the world’s expectations this time.

Last year was the first since Eurovision’s 1956 inception that the production was unable to go ahead. A repeat of this, however, seems vanishingly unlikely, with the availability of rapid tests for contestants and the possibility of filming without live crowds should the virus not be under a semblance of control by then.

It’s being held in Rotterdam this year and I have every confidence the Dutch won’t let us down. Covid may have taken a lot from us over the last 12 months, but by jove it won’t take this.