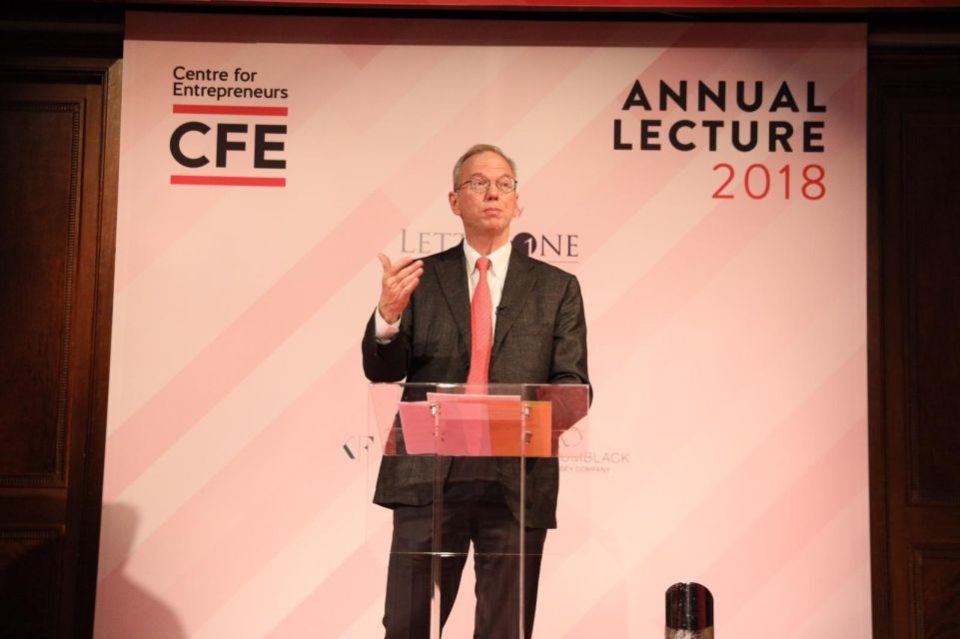 Eric Schmidt, the former chief executive and chairman of Google, has come out with a message of confidence for the future of tech in the workplace, predicting AI could provide productivity with a much-needed boost.

"I can tell you that [in] the future is there’s going to be a much larger number of empty jobs, than people to fill them," he said, speaking at the Centre for Entrepreneurs annual lecture in London last night.

"As more people retire in Britain, which they will… there’s going to be a smaller number of people as a percentage working to keep the systems going.

His comments come after data released this month by the Office for National Statistics showed productivity is still problematic, with economic output falling in the third quarter as the number of hours worked increased.

Schmidt also cast doubt on the assertion that today's technological disruption will leave much of the population jobless over the next few decades.

"Automation is about tasks, not jobs," he said. "Until the point where the robot shows up and can replace you and me, which is not any time soon and maybe not for a very long time.

"The issues have to do with replacing essentially routine tasks, freeing up people to be more productive. So far the evidence is that people on balance do better working with computers, their salaries are higher, their happiness overall is higher, [and so on]."

Schmidt was the CEO and executive chairman of Google from 2001 until 2015, and later of its parent Alphabet until earlier this year. Now a technical adviser to Alphabet, he has founded his own firm, Schmidt Ventures, to back entrepreneurs across the US and UK.