Moments away from Oxford Street and its swinging sister Carnaby Street, Soho has been frequented by artists, writers and more than a few ladies of the night over the centuries. But the recent influx of boutiques, gourmet burger chains and private members’ clubs means the area has caught the eye of London’s prime property developers.
There have been mixed reactions to Soho’s residential reinvention, as it has coincided with the closure of beloved haunts such as Madame Jojo’s cabaret venue and vegetarian cafe Beatroot, part of the reason Soho is so lively in the first place. Others think it’s a natural evolution driven by the housing shortage in central London. Antony Crovella, sales and marketing director at United House Developments, which has paired up with Barratt London to build new homes on Broadwick Street, subscribes to the latter school of thought. 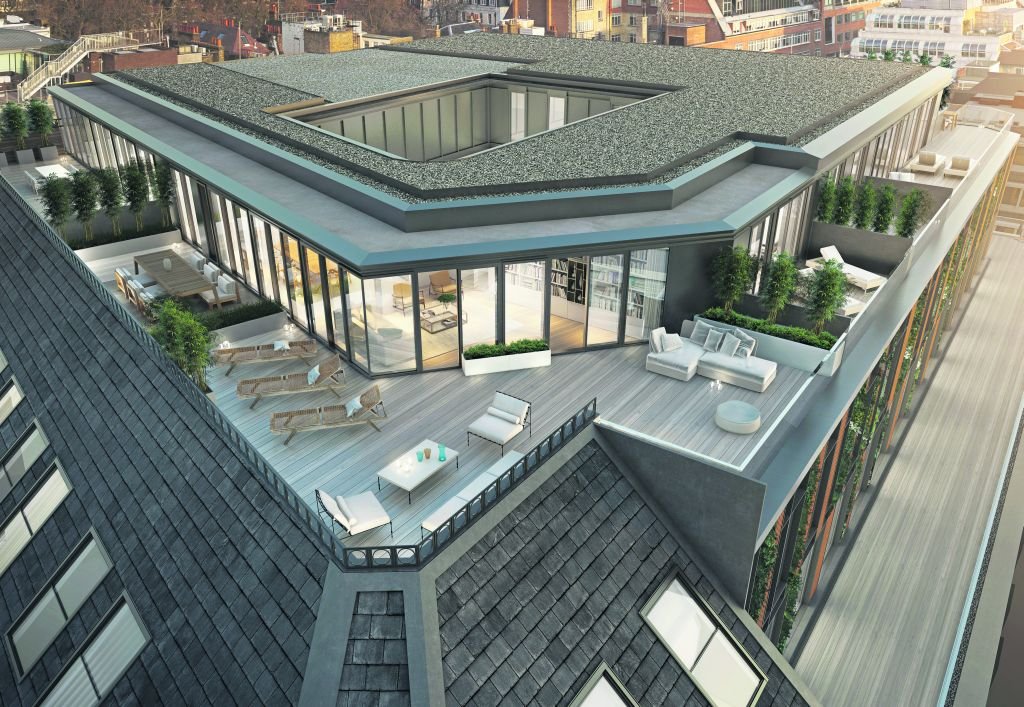 Fifteen Hollen Street, one of many developments cropping up in Soho

“The area has changed enormously,” he says, “Soho is for going out and it’s become a fashionable place to live. It tends to attract older, successful people looking for a London base or pied-a-terre. However, we have seen young entrepreneurs buying at Soho 13. That would not have been the case 10 years ago when it still had a sleazy reputation.”
Buyers tend to come from the worlds of media, advertising, law and banking, and values can range from £1,800 to £2,750psqft, showing the variation of housing available, from ex-council homes to new builds. The rise and rise of property values over the past few years means the area is now bursting with office to residential conversions, the most high-profile of which is the imposing, 1960s Centre Point tower.

Guy Passey at CBRE says his company is involved in around 12 of these in Soho at the moment, and points to Soho Square as a vision of the area’s future as a Marylebone-esque neighbourhood. From 2018, the Crossrail hub at Tottenham Court Road will also make it one of the best connected places in London and both domestic and international buyers can see the investment potential.
“In the last year or so, the attitude has changed and we’ve seen people coming in from places like Mayfair, downsizing from a period house,” says Passey. “The red light has been turned off somewhat and they’re realising that Soho is not what it used to be.”

FIVE REASONS TO MOVE TO SOHO

1 Whether you’re after a massive high-end department store (like Liberty) or something much smaller, Soho has all the shops you could possibly hope for.  Clothes, interiors, art, tech – seriously, it has it all.
2 In recent years Soho has turned into a bona fide foodie destination. Old favourites (Andrew Edmunds) rub shoulders with young upstarts (Pizza Pilgrims, Flat Iron). Great Ottolenghi place, Nopi, is also within reach.
3 Whether you like comedy, theatre or cinema, Soho residents are spoilt for choice when it comes to the arts, with tonnes going on all the way from Leicester Square to Soho Square. Right in the heart of the district the Soho Theatre keeps audiences on their toes with a varied programme of comedy and new writing.
4 Rumour has it Soho nightlife is on the wane. Try telling that to the thousands who descend on the area each night. With hipster hangouts, gay bars aplenty and a smattering of old- fashioned pubs, there’s literally something for everybody.
5 In 2018 Crossrail is coming to Tottenham Court Road, linking Soho to Canary Wharf in 12 minutes, Stratford in 13 minutes and Heathrow in less than 30 minutes. Great for convenience and for the value of your property.

PRIVATE VIEW: ON THE MARKET IN SOHO

This two-bedroom, two-bathroom apartment is a five-minute walk away from Piccadilly Circus station. Spread over four floors, it has a large living room for entertaining and a master bedroom that has access to a private terrace and balcony. The resident will also have a private entrance to the property. On sale with Foxtons Park Lane. Call 020 7973 2000 for more information.

Situated close to Soho Square and the Dean Street Townhouse, this one bedroom, first floor apartment has a large living room with industrial features such as exposed brickwork. The modern development in which it sits is on the site of the famous Marquee nightclub and it comes with 24-hour security and private parking spaces. On sale with Foxtons Park Lane. Call 020 7973 2000 for more information. 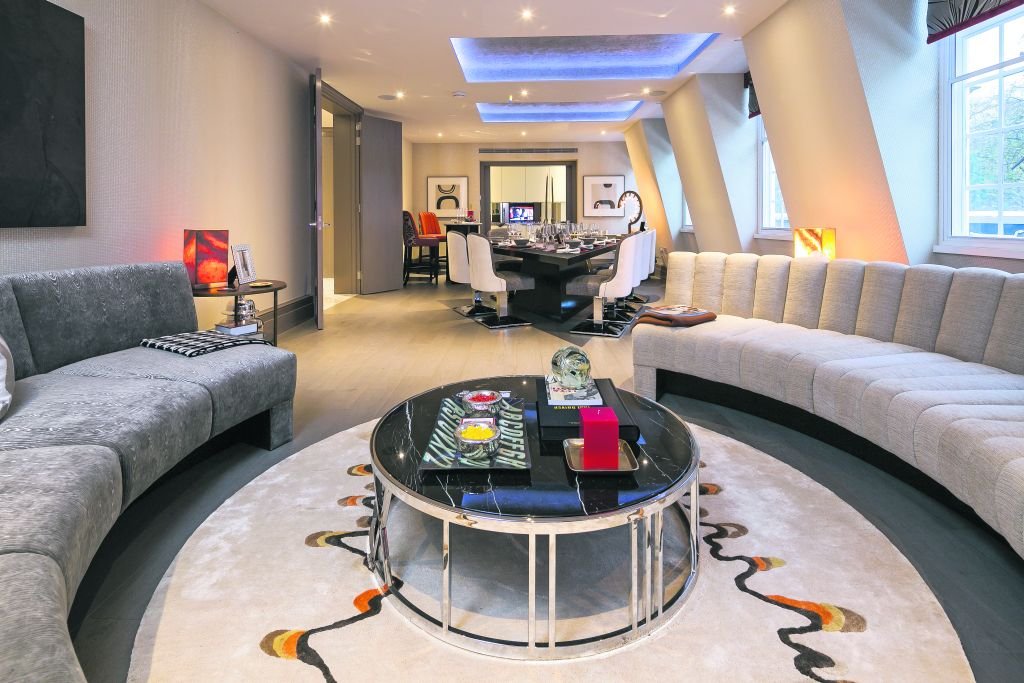 Overlooking the bustling square of the same name, the three-bedroom penthouse at this new development sits on the 4th and 5th floors of a Grade-II listed building. The master bedroom occupies the entire top floor and it includes a study and a private terrace. For more information, visit 10sohosquare.com or contact the appointed agents CBRE on 0207 420 3050.