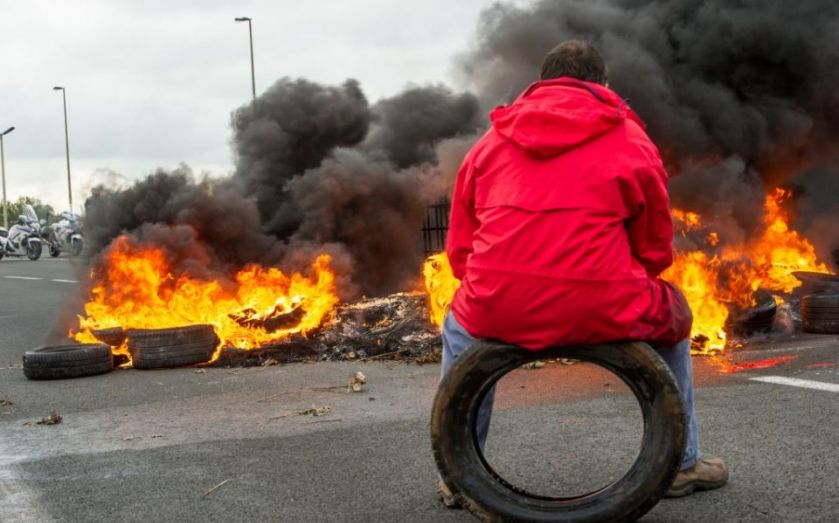 The British government has warned passengers on both sides of the Channel to "check with their chosen operator before they travel" after striking employees at My Ferry Link blocked access at the Calais entrance.

Eurostar is closed "until further notice" and will allow affected customers to apply for refunds, on Twitter is advised passengers travelling from Calais to "allow plenty of time to get to the station, as roads are congested due to ferry strikes".

This is the second time in a week Eurostar and Le Tunnel were forced to suspend trains after fires set by striking workers led to hundreds of migrants using the opportunity to try to cross into the UK.

My Ferry Link workers called the strike after Eurotunnel sold the company to rival operator DFDS, putting hundreds of jobs at risk.

Services through the Channel Tunnel are currently suspended until further notice due to action by the Maritime Nord union who are also blocking the port of Calais.

Eurotunnel deplores the actions of this union which have severely disrupted cross channel traffic over the past week. Eurotunnel calls on the governments of both Britain and France to bring an end to this industrial action and to restore order in the Calais region.