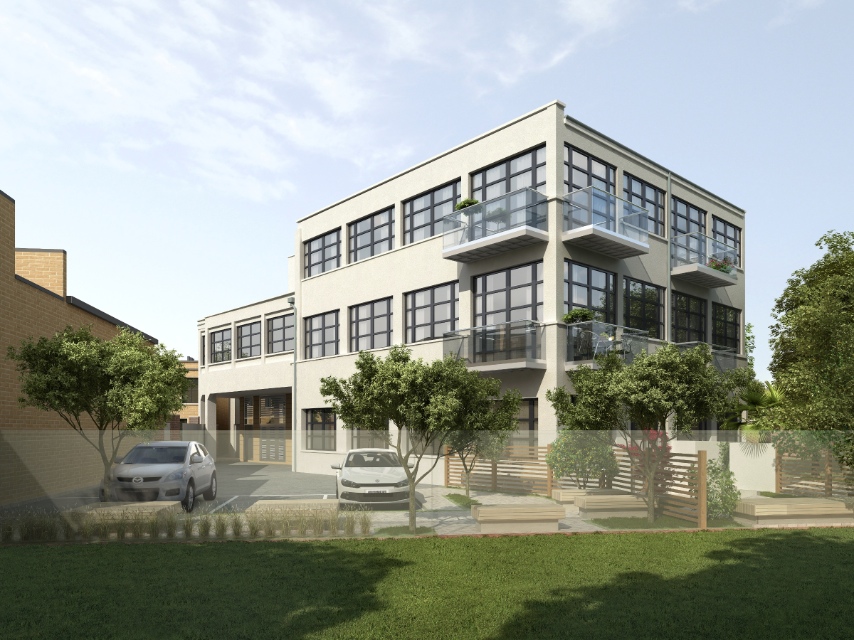 New homes do have a certain reputation for being identikit, sterile, cramped places to live in, but on the other hand, traditional period homes are dismissed as draughty, stuffy and expensive to maintain.

But a new development in Chiswick, currently being marketed by a former Apprentice finalist, is aiming to strike somewhere in the middle with a set of restored apartments opposite a Georgian landmark.

The literally-titled Hogarth Views overlooks Hogarth House on Hogarth Lane which is famous for being the country home of, you guessed it, 18th century painter and satirist William Hogarth.

The Grade I-listed building had to be partially rebuilt after it suffered bomb damage during WWII, and was re-opened again by local resident and comedian Dara O’Briain as a public museum at the end of 2011.

The 19 apartments that make up the new scheme also sit within a period building – albeit one built a bit later in 1879 – but it’s been completely restored by Geoff Beardsley & Partners Architects working for Prime City Developments, which has recently worked on small collections of homes at Alpha House in Dalston and a new Asian shopping centre that opened last year near West Ham’s football ground.

But these studios, one and two bedroom homes are a humble affair set over three storeys ranging from around 470ft to 1,216sqft.

Modern touches include mood-lighting pads in all rooms and a free iPad with each home, so you can make the most of integrated smart tech that allows owners to run a shower or draw the curtains at the swipe of a screen.

Former Apprentice candidate Jamie Lester – who vied to be Lord Sugar’s business partner in 2011 – is selling them through his start-up agency Haus Properties, which has opened offices in Chiswick, as well as Fulham, Shepherd’s Bush and Munster Village since the show ended.

He suggests the apartments will be popular as buy-to-lets or second homes, adding, “the views are one of a kind, with Hogarth House on one side and Chiswick House and Gardens on the other.”

The homes will go on sale on February 6, with prices expected to start at £450,000 for a studio and rise to just over £1m for two duplex penthouses with roof terraces.