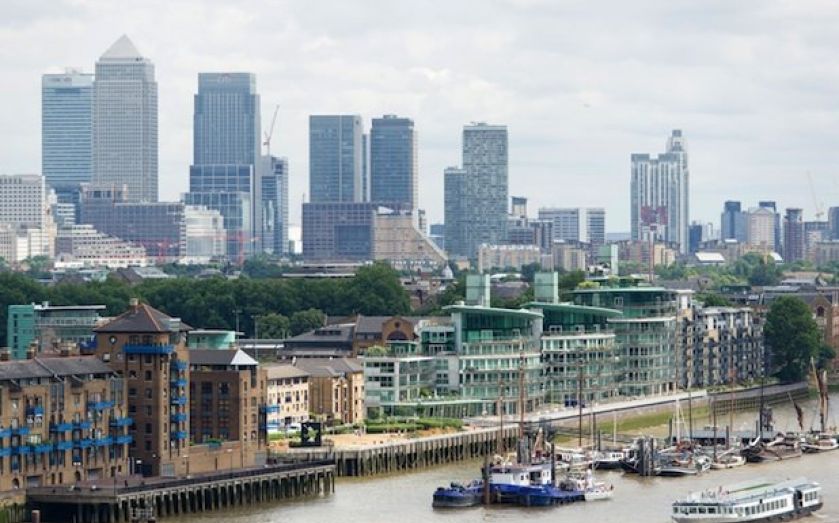 PRIVATISATION at Lloyds, but losses. An internal quasi-bad bank at RBS. Co-op bank falling into the hands of its bondholders. How healthy is the UK’s banking sector?

With GDP growth picking up, and crisis in the Eurozone in abeyance, it’s natural to imagine that the worst of the UK’s banking crisis is now behind us. We look on smugly at the problems Ireland has experienced, and the ongoing calamities in countries like Spain and Cyprus, and think either “That couldn’t happen here”, or perhaps “Phew – we just about avoided that.”

But should we really believe the UK banks are healthy? In a developed, stable economy in a sustainable long-term growth trajectory, interest rates will be approximately equal to (or perhaps slightly above) the sum of inflation and annual GDP growth. From 2000 to September 2008, for example, the average difference between the Bank of England’s Bank Rate and the rate of consumer price index (CPI) inflation was 3 per cent, while GDP grew annually at 2.4 per cent.

Indeed, that 2000-2008 period is now widely thought to have involved too low interest rates, suggesting that (if anything) the gap between Bank Rate and CPI inflation should have been even higher than 3 per cent. But let’s take that as our figure for now. So if we hope for UK GDP to return to growing at around 2.5 per cent per year and CPI inflation to be 2 per cent, we need interest rates to be able to be about 5 per cent on average (3 per cent more than CPI inflation).

That average needs to allow some scope for rates to be above average when the Bank of England is trying to get inflation down or to cool down booms, as well as below average in more disinflationary scenarios. About 2 per cent above or below the average interest rate would be normal — we need the economy to be able to cope with around 3 to 7 per cent interest rates if we are to return to reasonable, stable growth, including steady real wage rises (notably lacking these past few years). That should not seem so fantastical. After all, Bank Rate was 5.75 per cent as recently as late 2007.

Why am I telling you this now? Because when we think about how bust or otherwise UK banks are, and how much of a drag on the UK economy they are, the correct question is not how healthy their balance sheets will be if UK interest rates stay at 0.5 per cent for the next 10 years. If interest rates stay that low, there is no way we could achieve stable low-inflation growth with steady wage rises. The banks will only be healthy, and stop being a drag on the economy, when they wouldn’t be bust if Bank of England interest rates rose to at least 5 per cent, and ideally 7 per cent or more.

Alas, it seems most implausible that the UK economy could cope with anything like 5 per cent interest rates (let alone 7 per cent) without widespread defaulting on mortgages and business loans, bankrupting much of the banking and building society sectors (again). And that’s not the only problem. In addition, banks and other financial institutions hold significant amounts of UK government debt, acquired at very low yields distorted downwards by QE. If interest rates were to rise to 5 per cent, the Bank of England (and hence the Treasury) would make vast losses on QE (potentially as much as a third to a half of the £375bn total). But in addition, the UK financial institutions that hold UK government debt would also make large losses.

So the UK’s financial sector is still a very long way from sustainable health. Until interest rates can be raised markedly from their current levels, we should expect growth to be inflationary, with workers and savers taking the pain.

Will inflation be the answer? It may well be the path, but that doesn’t mean it’s the solution. In the early 1970s, as the government attempted to inflate its way out of economic difficulties, interest rate rises precipitated a house price crash leading to large losses for UK banks, with the Bank of England bailing out about 30 so-called “secondary” banks and assisting another 30. In that instance, inflationary policies probably exacerbated the banking crisis, rather than solving it.

Today, attempts to reflate the economy are combined with attempts to persuade households to take on large mortgages at still-excessive house prices and totally unsustainable mortgage rates.

We may well grow rapidly for the next 18 months to two years. Banks may start lending. Wages may even rise. But that is just the eye of this economic and financial hurricane. The UK economy and banking sector is a long, long way from being healthy.