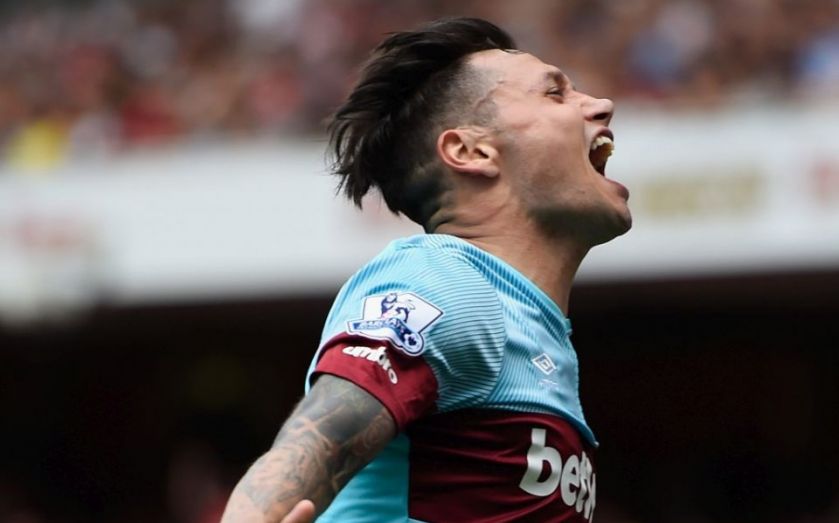 West Ham manager Slaven Bilic insisted his side’s stunning victory over Arsenal yesterday vindicated his decision to play a weakened side in their Europa League defeat in midweek.

Read more: Bilic bullish as Hammers eliminated from Europa League
Victory over Arsenal, their first at Emirates Stadium since 2007, came just three days after their European demise at the hands of Romanian minnows Astra Giurgiu.
“I made my decision while considering everything and tried to see the bigger picture,” said Bilic, who shuffled his pack for the Europa League qualifier with the trip to Arsenal in mind.
“That is why I took the decision. Don’t get me wrong, I’m gutted we didn’t go through, but the main thing is this is the last season at Upton Park and we have to do well. There are no excuses for that, we have to do well in the Premier League.”
Bilic also reserved special praise for teenage defender Reece Oxford, who put in an assured display in midfield on his top-flight debut as he became the club’s youngest ever player. At the age of 16 years and 237 days, Oxford also entered the record books as the second-youngest player to start a Premier League match after Everton’s Jose Baxter in August 2008.
Read more: Bilic fears long Euro expedition may damage West Ham season
“I am very proud of him,” added Bilic. “It was always going to be a risk but he has got something.
“He is very mobile, he is quick. He is also a very cool guy. He is not fazed or impressed by playing at Emirates Stadium. Put it this way, if Lionel Messi was in front of me, I would be more fazed than Reece.
“He is still a risk, he is still 16, but he is definitely going to be a big player. He will have ups and downs but the boy has basically got everything.”
Share
Tags: West Ham United