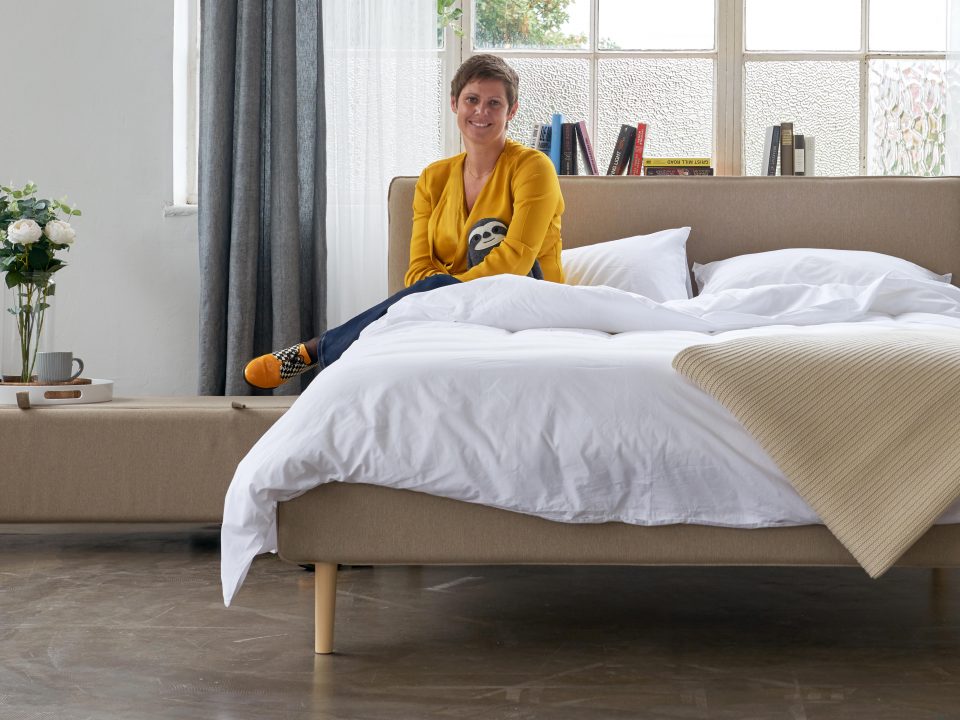 Mattress maker Eve Sleep today reported a narrower loss in the first half of the year as it hailed a strong improvement in trading since April.

Eve Sleep reported revenue of £12.2m in the six months to the end of June, down five per cent on the same period last year.

Eve Sleep’s upbeat figures will come as a welcome boost to the mattress firm, which is emerging from a torrid period that included a scrapped merger and a boardroom overhaul.

The firm suffered a dip in sales in March as a result of the coronavirus outbreak, but said it had bounced back quickly and begun to recover in April.

Customer numbers grew seven per cent year on year over the period, while revenue in the second quarter jumped 25 per cent.

Eve added that it was earnings before interest, tax, depreciation and amortisation positive for the four months from May to August.

Overall, revenue slipped slightly over the period, but pre-tax loss was slashed by 86 per cent.

Eve said the improved performance was due to tightened cost controls and improved product margins.

The mattress maker earlier this month lifted its full-year revenue forecasts to at least £22m.

Despite the positive outlook, shares in Eve Sleep dropped roughly eight per cent in morning trading.

Eve said it had signed a partnership agreement with Boots for a new range of gift products, while the company has also expanded its retail partnerships in France.

The company warned that heightened economic uncertainty was likely to persist throughout the rest of the year, but said it was better positioned to withstand the challenges.

Chief executive Cheryl Calverley said: “This has been a highly unusual and complex trading period. Eve has benefited significantly from the accelerated switch to online, the temporary closure of high street retailers, and the recent increased consumer investment in the home, which, combined with the hard work on the rebuild strategy, has allowed us to see the fruits of our labour a little sooner than we anticipated.

“The focus now is on building towards a longer-term growth plan as we draw closer to our goal of securing a base as a sustainable, profitable business. We do not expect this to be easy, and 2021 like 2020 may well bring both challenges and opportunities as economies shift, consumers reset and competitors rebuild. However, I have confidence in our brand, our products, our customer experience and most importantly, our team that we are now well set up to capitalize upon whatever opportunities the next few years may bring.”