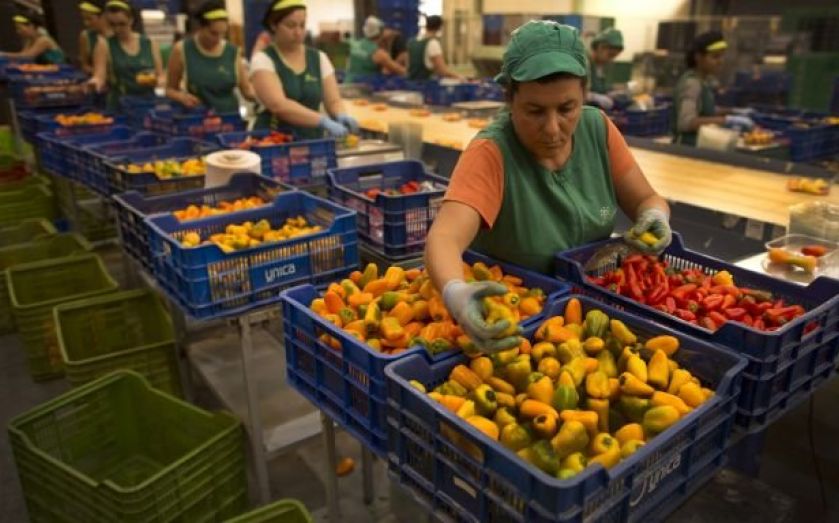 Fruit and vegetable growers in the European Union will receive emergency funding worth 125m euros from the European Commission.
The funding represents compensation for the economic suffering that Russia's bans on western food imports are causing some European farmers.
Russia placed a one-year embargo on a number of imports from the US, Canada, the EU, Norway and Australia earlier this month, in what was regarded as a retaliation against the increasingly severe sanctions imposed by western countries on Russia for its role in the Ukraine crisis.
Food products subject to the ban include dairy products, vegetables, fruit, meat and fish.
Many of the crops affected by the ban are those currently in full season that cannot be stored. There are no other market options for them, according to agriculture commissioner Dacian Ciolos.
In a statement, he said: "All farmers of the concerned products – whether in producer organisations or not – will be eligible to take up these market support measures where they see fit.”
The commission announced last week it will pay nectarine and peach growers ten per cent of their crop. The latest move extends this to include a wider range of fruits and vegetables.
The compensation money comes from a special fund worth 420m euros, set up especially for farmers facing emergencies.
Rather than waste the food no longer being sent to Russia, it is being distributed free to schools, hospitals and other institutions.
The latest food products to join the list include tomatoes, carrots, white cabbage, peppers, cauliflowers, cucumbers and gherkins, mushrooms, apples, pears, red berries, table grapes and kiwis.
Growth in food exports to Russia
Statistics from the European Commission show that between 2009 and 2013, food exports to Russia have been steadily increasing, with an average annual growth of 14.4 per cent.
The bans could potentially have a significant impact on farmers in the EU; last year, food exports to Russia came to 12,154m euros, with the value of food exports to Russia outweighing food imports from Russia by 8,200m euros
According to the FT, the EU countries that are most vulnerable to the bans are Lithuania, Poland, Finland and Denmark, each of which could lose hundreds of millions of euros.
Share:
Tags: NULL