Europe is the sick man of the globe: Britain will thrive away from its enfeebling grip 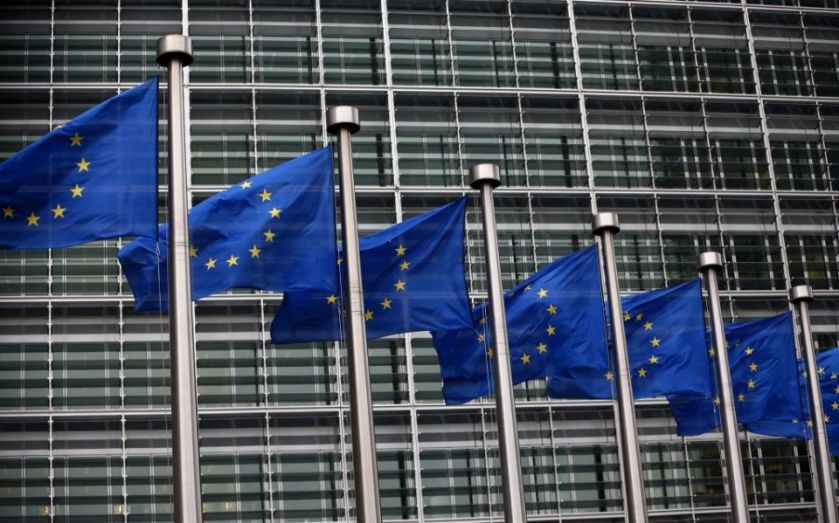 In the 1970s, Britain was sick. It suffered from endemic inflation, high unemployment, volatile growth and structural decline. Eyes wandered jealously across the Channel to the fast-growing European economies. It is little wonder that some thought the patriotic cause was to join forces with the European Economic Community.
Today, the economic wheel has turned 180 degrees. While much of the world is enjoying unprecedented degrees of growth, Europe is struggling – or rather, certain European economies are struggling, as we can see from looking at indexed growth rates from the IMF. And what these economies have in common is that they are largely members of the Eurozone.
By 2016, China’s economy will be 87 per cent bigger than it was in 2009. At the other end of the spectrum, the Spanish, Portuguese, Finnish, Italian and Greek economies all will be smaller than they were in 2009 (the low point of the credit crisis). The UK economy will be 9 per cent larger, while the Eurozone will have grown only 2 per cent.
Read more: Fast-growing UK firms want to remain in the EU
Looking at GDP growth from 2005 gives an even starker comparison. China will have seen several years of double-digit growth. Granted, this is extraordinary, but both the Italian and Greek economies will still be smaller than they were a dozen years earlier.
Of course, GDP growth is only part of the picture. But in terms of unemployment, the Eurozone also fares very poorly. Unemployment is persistently 30-40 per cent higher than the G10 between 2012 and 2016. And from this year, will be more than double the UK, US and Chinese averages.
Moreover, the Eurozone was supposed to harmonise member economies, but it has had the opposite effect, with endemic rates of unemployment in Greece, Spain and Italy, while Germany and non-Eurozone members, such as the UK and Denmark, enjoy low levels of labour inactivity. The euro project has pulled Europeans apart, not together.
Further, in contrast to much of the Eurozone, the UK is creating a substantial number of new jobs as EU migrants follow prosperity towards the UK, away from their own stagnant economies. The outcome has been strong private sector employment growth.
Read more: Eurozone confidence hits four-year high
Indeed, the total UK workforce has increased from 28.3m in 2006 to 29.7m today. On the other hand, Spain has seen a contraction in its employment base of almost 20 per cent over the same period.
After a period of stagnation, UK wage growth is now accelerating. Domestic standards of living are rising and UK citizens have seen dramatically stronger GDP growth, with lower unemployment, strong job creation and wage growth compared to Eurozone neighbours.
However, the UK’s performance is little better than that of other advanced non-Eurozone western nations and, for understandable reasons, inferior to emerging economies like India and China.
It seems that the common feature of strong economic performance is staying out of the Eurozone. And yet Brussels’ diagnosis – further, tighter integration – is reinforcing failure.
Ever since the 1950s, British policy-makers have consistently underestimated the continent’s drive towards European statehood. Like it or not, those nations are progressing on a journey. And rather than recognise failure and change course, the EU institutions are seeking to double the bet.
Eurozone citizens have already paid a terrible price for this failure in terms of employment and prosperity, but the policy elites show every sign of ignoring this and integrating even further.
Thankfully, outside the Eurozone, the UK is doing much better. But we are still being held back; we could do so much better. The riskier option is to remain in the EU: it will adopt even more anti-growth, integrationary policies, in a desperate EU effort to “save” the Eurozone.
Eurozone members will need to decide what they want. As for the UK, it should escape from the EU and the Eurozone’s catastrophic mistakes and become, once again, a strong independent nation on the global stage.