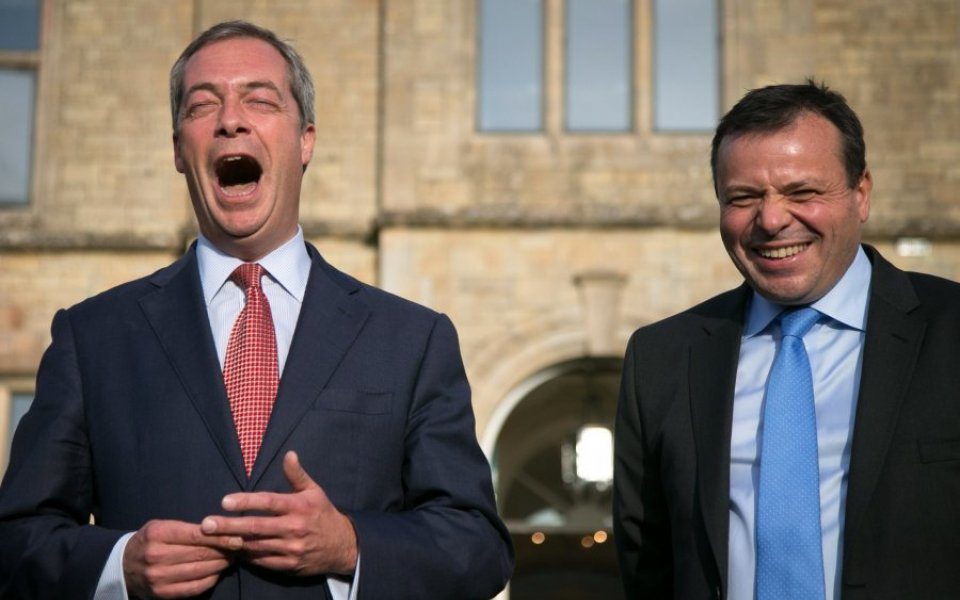 The millionaire founder of an anti-EU organisation has made a direct appeal to a rival campaign, saying that a merger would be in their best interests.

The Leave.EU campaign said earlier today that its founder, Ukip donor Arron Banks, had sent a letter to Matthew Elliott, the campaign director of Vote Leave, another Eurosceptic group, calling for the two groups to combine.

“We have no prior conditions and believe that discussions should now take place that reflect the complementary strengths that the two organisations enjoy,” Banks wrote in the letter, referencing previous harsh words exchanged between the groups.

In one instance in September, Banks called Ukip’s only MP, Douglas Carswell, “borderline autistic, with some mental illness attached”. Carswell has backed the Vote Leave campaign.

“We should be one winning team,” Banks said. “The chances of accomplishing the historic victory that all Eurosceptics, of whatever hue, are yearning to achieve are being damaged.

“Rather than having one consolidated leave campaign, we have two leave organisations. This can only help the in campaign and the forces that rage against us.”

A Vote Leave spokesperson confirmed to City A.M. that Elliott had received the letter from Banks and that the merger proposal would be discussed at a meeting of the campaign’s board members next week.

Vote Leave also confirmed earlier Sky News reports that it had sent letters to more than 40 industry groups last week, urging them to explain their views on Britain’s relationship with the European Union. The British Bankers’ Association (BBA), the Society of Motor Manufacturers and Traders and the Scotch Whisky Association were among the groups targeted. Vote Leave asked the trade bodies to reply to the letter, but City A.M. understands that the campaign has yet to receive any responses.