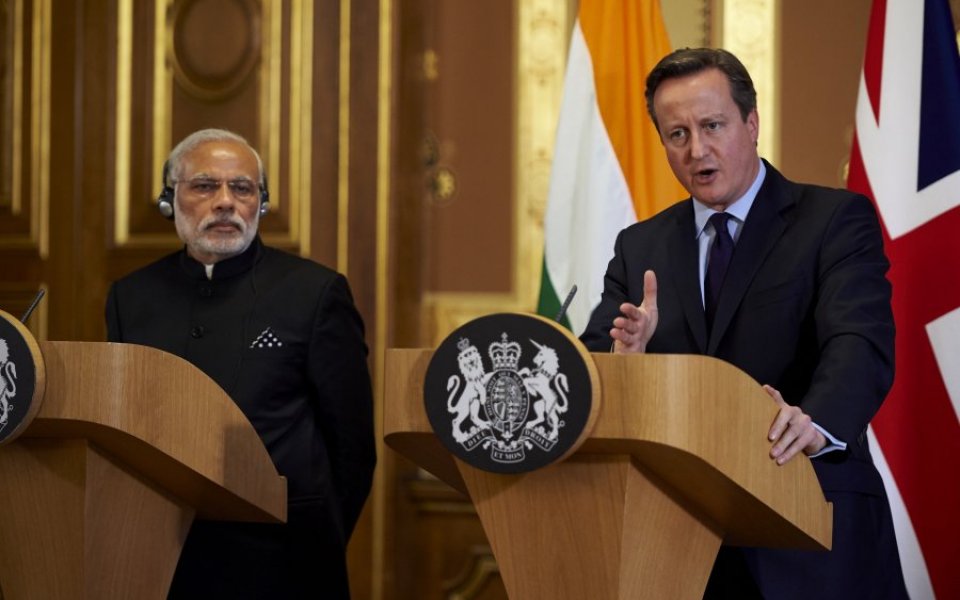 Indian Prime Minister Narendra Modi has seemingly backed Britain's membership in the European Union, telling reporters this afternoon that the UK is India's "entry point into the EU".

"Yes, there will be a referendum in the UK after two years. I believe that the citizens of this country are very intelligent and wise. I have nothing to say to them," Modi told reporters.

"Yes, we are going to other European Union countries as well, but we will continue to consider the UK as our entry point into the European Union as far as possible," he said.

The pro-EU group, Britain Stronger in Europe, welcomed Modi's comments, with its executive director Will Straw saying Modi is "the latest in a string of world leaders to say that Britain is stronger, safer, and better off in Europe".

"President Obama, President Xi Jinping, and now the Indian Prime Minister have all unambiguously underlined the value to the UK economy of our place in the EU," Straw said.

Meanwhile, Paul Stephenson, communications director for the Eurosceptic Vote Leave campaign, disagreed, saying: "Prime Minister Modi made clear that the UK is India’s most important ally in Europe. We have good reasons to believe that this will continue to be the case if we left the EU."

"The EU has consistently failed to get a free trade deal with India – when we Vote Leave this will be much easier to achieve," Stephenson added.