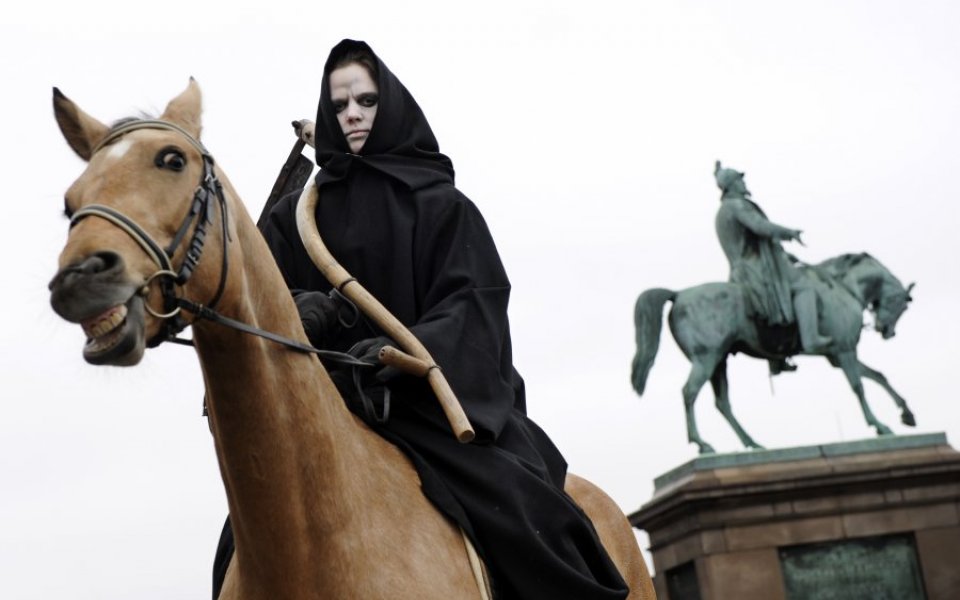 It's safe to say HSBC has come off the fence when it comes to Brexit, predicting what can only be described as a Brexocalypse.

The bank, which recently committed to staying in the UK, has issued a note warning that the UK leaving the European Union would have a major impact on many industries including airlines, food retail, general retail, construction and banking, as well as the London housing market.

Here's what it said

The Great British pound could lose 20 per cent of its value against the US dollar, the bank believes, sending it towards $1.10 – a level not seen since 1985, when the UK was contending with issues including the miners’ strike.

The UK's economy is going to suffer unequivocally. HSBC believes 1.5 percentage points will be knocked off the GDP growth rate in 2017. That would wipe out almost all expected growth.

There will be a "significant impact on churn", HSBC has warned, meaning there will be pockets of "labour shortage". This could be particularly felt in construction, where the bank estimates a shortfall of 130,000 workers "so immigration restrictions could hit capacity".

Read more:  Why we should be wary of apocalyptic Brexit predictions

HSBC has warned that the general retail sector will suffer from "cost inflation, reduced demand and [a] contraction in labour supply" in the event of a Brexit. Within food retail it says there will be a smaller impact than in other consumer sectors, although warns of inflation "due to the currency depreciation and labour shortages".

It might be just as well that there aren't enough people to build the houses, because HSBC believes a Brexit would have an "adverse impact on the London office market". It also warns that a wider GDP slowdown would affect rental growth.

Banks could face a further sell-off if the UK leaves the EU, despite being "well placed to weather an economic slowdown". HSBC also warns there could be medium-term regulatory risks associated to a Brexit.

That's not the only sector that could face regulatory upheaval: airlines face "significant regulatory uncertainty", HSBC says. On top of that, the industry can expect weakening demand as fewer people fly between the UK and the Continent, and rising cost pressures.

For those concerned about the environment, Brexit could be a bad thing: HSBC believes it may result in a change in policy towards renewables and energy efficiency, "with more investment in gas-fired power stations".

HSBC said: "Our central case in the event of a vote for Brexit is that uncertainty grips the economy. This could take around 1.0-1.5 percentage points off the GDP growth rate by the second half of 2017. This would push our 2017 growth forecast, currently 2.3 per cent, into the 0.8-1.3 per cent range.

"And if sterling were to fall by around 15-20 per cent (as our currency strategists predict), UK inflation could rise by up to five percentage points (our end-2017 inflation forecast is 1.8 per cent). In the event of a vote for Brexit, concerns about deflation could swiftly give way to worries of stagflation."

Time to dust off that apocalypse survival guide…