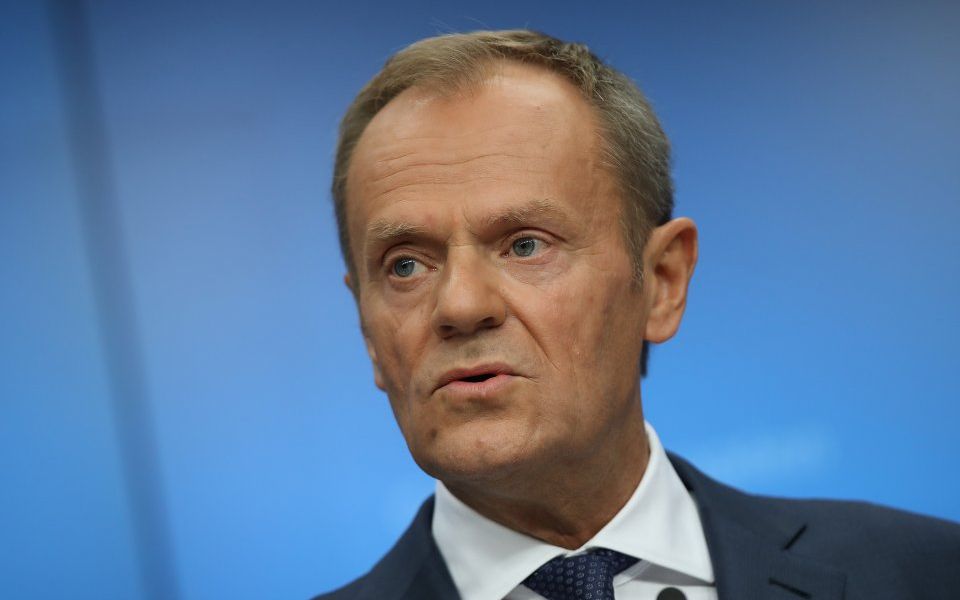 EU leaders did not discuss extending the UK’s post-Brexit transition period last night despite Theresa May floating the offer as a way to jumpstart negotiations.

The PM made the proposal to her EU counterparts on Wednesday, but European Council president Donald Tusk revealed it was not talked about after she had left the room.

German Chancellor Angela Merkel used a post-summit press conference to suggest an extra period of transition would not be needed once a “political solution” to the impasse was found.

In his own remarks to the press, Tusk said he did believe EU leaders would agree to the plan if they felt it would end the deadlock in the talks.

Speaking in Brussels, Tusk said: “I am sure the leaders would be ready to consider it positively.”

EU leaders decided last night not to give the go-ahead for a special Brexit summit to be held in November, as sufficient progress has not been made over the Irish backstop issue.

Despite the lack of progress, Tusk tried to sound upbeat in his press conference – a contrast to his remarks at the close of a summit in Salzburg last month when said May’s plan for a post-Brexit trade deal with the EU would not work.

He said on Thursday: “ We are in a much better mood than after Salzburg.”

He added that his positive feeling was “more emotional than a rational one.”