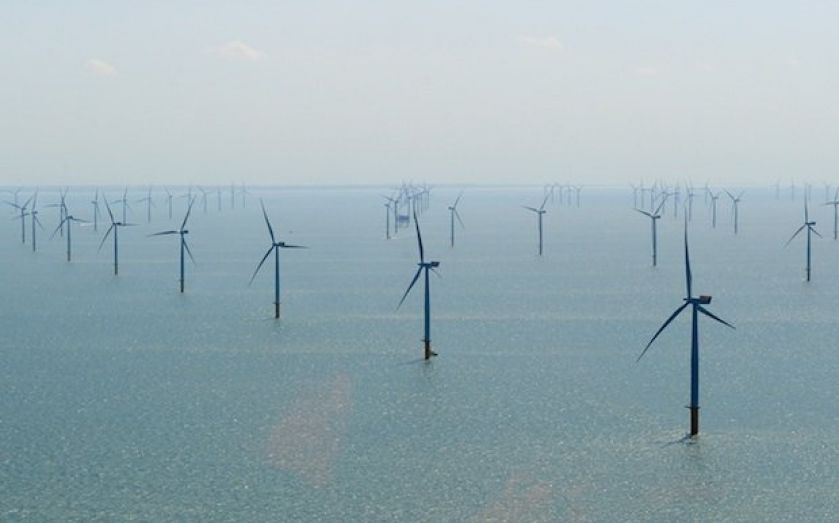 WITH Centrica threatening to pull the plug on a £2bn offshore wind farm if the government did not increase already exorbitant subsidies, ministers agreed to do just that. Yesterday, they announced they would slow the planned reduction in the guaranteed strike price for offshore wind by adding £5 to the subsidy – to £140 per megawatt hour in 2018. But will the latest concessions to the wind industry make any difference? Two other multi-billion offshore projects have been cancelled in recent weeks, and this sweetener may not be enough to reassure the increasingly jittery green energy industry. The government’s erratic changes to the strike price of renewable energy underscore the arbitrary nature of setting prices for renewables. Political lobbying and ambiguity are leading to constant government amendments and continual intervention, further ratcheting up the political risk for the entire energy sector. The horse trading over the level of subsidies is also a disastrous move towards a centrally-planned energy economy, with a high level of control over which forms of energy generation will be favoured and which will be stifled. The government now even seeks to regulate the prices and profits of energy generation. However, any attempt to turn back the clock to the dark period of centralised energy planning will not only further damage Britain’s economy, but will almost certainly end in failure. Take the UK’s Levy Control Framework. This controls spending on renewable energy, and will amount to a cumulative cost of over £46bn by 2020, paid for through energy bills. The scheme conceals the full cost of all of the wind and solar farms, nuclear power plants, and other renewable schemes because it has guaranteed prices for 15 to 35 years. These hidden liabilities will have to be met out of future spending until 2040. In the case of nuclear energy, they are legally guaranteed until 2050 or after. This is a way of pretending that the government has not overspent, and shifts the burden of current policies to future generations. Sooner or later, however, the burden of this concealed subsidy framework will materialise in the form of ever-rising energy bills, forcing the government to reverse strike prices yet again. That such an approach is a recipe for disaster is becoming increasingly obvious for observers scrutinising developments in Europe. Germany’s new government, for example, is starting to roll back offshore wind plans to reduce the astronomical costs and liabilities, estimated to rise to €1 trillion (£828bn) by 2030. Its ministers are even contemplating forcing the green industry to cover the cost of the conventional back-up energy generation needed for intermittent renewables. Spain’s government has cut guaranteed subsidies retrospectively and is introducing a tax on solar panels, while the Czech Republic has abandoned green energy subsidies altogether. As country after country backtracks on support for renewables, the most expensive forms of energy generation, the question remains how long Britain’s green energy obsession will survive the collision with reality. Benny Peiser is director of the Global Warming Policy Foundation.