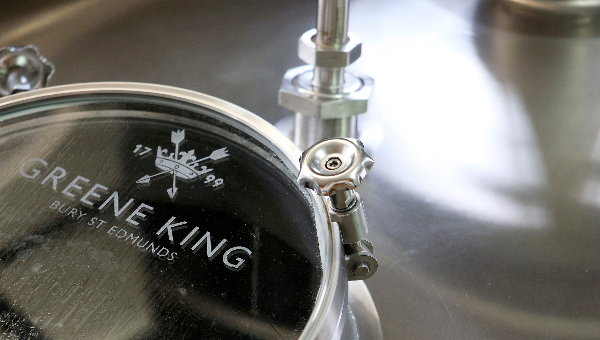 The UK, France and Germany have triggered a dispute mechanism over the nuclear deal with Iran, amid fears that the country is slipping back towards developing weapons.

Iran has suspended all limits on its production of enriched uranium, which can be used to make reactor fuel but also nuclear weapons. City A.M. understands that officials have become increasingly concerned that Iran is returning to the point where the country was dangerously close to having the capabilities to create a bomb.

Iran has said it is responding to sanctions reinstated by the US when it withdrew from the accord in 2018. But the so-called E3 have said they do not accept Iran’s argument.

In a joint statement, the trio said it had worked hard since May 2019, when Iran first started to step back from the deal, to bring it back into compliance with the JCPoA.

“However, in the meantime Iran has continued to break key restrictions set out in the JCPoA. Iran’s actions are inconsistent with the provisions of the nuclear agreement and have increasingly severe and non-reversible proliferation implications.

“We do not accept the argument that Iran is entitled to reduce compliance with the JCPoA. Contrary to its statements, Iran has never triggered the JCPoA Dispute Resolution Mechanism and has no legal grounds to cease implementing the provisions of the agreement.”

Despite being warned that a dispute mechanism would be brought in, Iran “has chosen to further reduce compliance with the JCPoA”, the statement added. As a result, the matter has been referred to the joint commission under the dispute resolution mechanism.

The dispute resolution mechanism effectively buys all parties time to find a diplomatic route, in the hope that both Iran and the US can return to the table to thrash out a solution, including potentially creating a new deal under Donald Trump. Allies including France have sought to bring both sides together for many months, including at UNGA.

It is hoped that by deploying the dispute resolution mechanism, it will prevent the need to go through the UN Security Council, potentially killing the JCPoA. City A.M. understands that officials are hopeful that China and Russia will now support Iran to return to the terms of the deal.

Speaking to MPs this afternoon, foreign secretary Dominic Raab said the E3 were “holding the door ajar for Iran – but they must walk through it”.

He insisted that the UK and its allies wanted to keep the JCPoA alive, saying he did not believe there was a “JCPoA II” on the horizon.

However this morning Prime Minister Boris Johnson suggested the JCPoA was all but done.

“The problem with the JCPOA – this is the crucial thing, it’s why there is this tension – the problem with the agreement is that from the American perspective it’s a flawed agreement, it expires, plus it was negotiated by President Obama. From their point of view it has many, many faults,” Johnson said.

“If we are going to get rid of it, let’s replace it and let’s replace it with the Trump deal. That’s what we need to see. I think that would be a great way forward. President Trump is a great deal-maker – by his own account and many others. Let’s work together to replace the JCPOA and get the Trump deal instead.”

However the E3 statement made clear that the European powers were acting “in good faith with the overarching objective of preserving the JCPoA and in the sincere hope of finding a way forward to resolve the impasse through constructive diplomatic dialogue, while preserving the agreement and remaining within its framework”.

“In doing so, our three countries are not joining a campaign to implement maximum pressure against Iran,” the E3 statement added.

“Our hope is to bring Iran back into full compliance with its commitments under the JCPoA.”

“France, Germany and the United Kingdom once again express our commitment to the JCPoA and our determination to work with all participants to preserve it. We remain convinced that this landmark multilateral international agreement and its non-proliferation benefits enhance our shared security interests and strengthen the rules-based international order.”