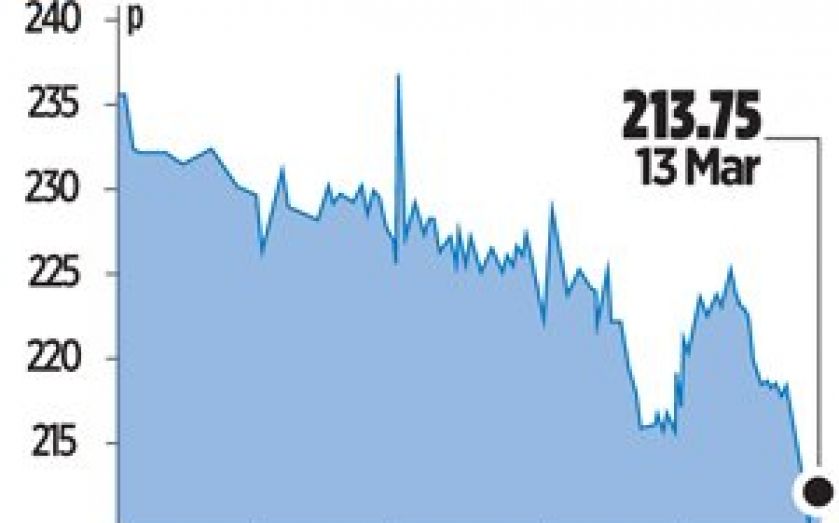 TRINITY Mirror, publisher of the Daily Mirror and more than 100 regional titles, saw its shares slide yesterday after reporting its sixth straight year of declining revenues due to weakness in the firm’s print operations.

Digital advertising was a high point with revenue growth of 30.1 per cent in the division last year, but the growth was not enough to convince investors who sent shares down 1.8 per cent to 213.75p yesterday.

“It is clear to me that our strategy for growth, which I outlined in March last year, is gaining momentum,” said chief executive Simon Fox. “I am particularly pleased with our rapidly growing digital audience and with the benefits we are driving in harnessing the combined strength of our national and regional titles,” added Fox.

Revenues fell six per cent to £663.8m last year, a decline Trinity said was due to “the structural pressures facing print media.”

It also said 2014 had started in line with expectations, with revenue declines in the first two months of three per cent and continued strong growth in publishing digital revenues.

Fox, who took over from former chief executive Sly Bailey in 2012, has launched a number of digital initiatives at Trinity Mirror including UsVsTh3m, a fast-growing website that uses social media to target a younger demographic, as well as the unsuccessful relaunch of the People.co.uk website last year.