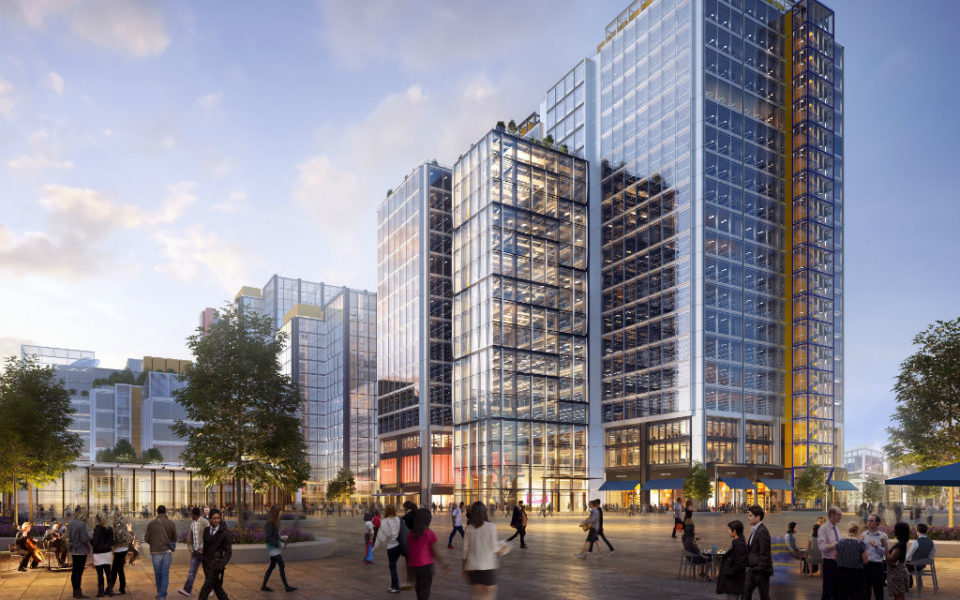 Deutsche Bank has snapped up an office development in Stratford that will house the new Financial Conduct Authority (FCA) headquarters, in a £370m deal.

The German bank's asset management arm has agreed to forward fund the 515,000 sq ft building, which forms part of a major £2.3bn development next to the Queen Elizabeth Olympic Park known as the International Quarter.

The 22 acre site – a joint venture between Australian giant Lend Lease and the taxpayer-owned London and Continental Railways (LCR) – will provide 4m square feet of office space, 52,000 sq ft of shops and restaurants, a new hotel, three acres of parkland. It is expected to create more than 25,000 new jobs in the area by 2015.

Work on the scheme, including the 19-storey FCA building, is already underway with the City watchdog expected to move its 3,800 staff out of its current offices in Canary Wharf in 2018.

Lendlease's chief executive for international operations, Dan Labbad, said: "This is great news for Stratford and further backing for our plans to build a world-class, healthy and flexible workplace in London’s fourth major business district – which will also bring 25,000 new jobs to the area by 2025.”

Deutsche Bank's head of real estate for the UK & Ireland, James Petit, said: “Buying this building is a great opportunity to invest in one of London’s emerging markets at an early stage and has great potential for strong growth as occupiers are attracted by the diversity and vibrancy of the area.”