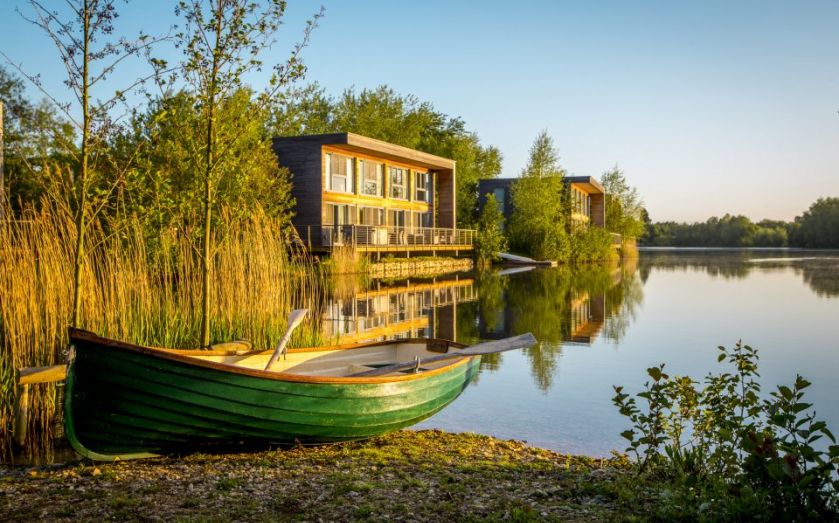 It’s a stifling summer’s day in London and work is exhausting. You shut your eyes and imagine escaping to an idyllic rural retreat complete with picturesque villages, a smattering of good restaurants, pubs, and a vibrant social scene. You’ve effectively transported yourself to the Cotswolds.
This fantasy of a tranquil home-away-from-home is what the owners of The Lakes by Yoo wanted to create on the southern border. Located a half hour’s drive from Swindon past the pretty market town of Lechlade where the river Thames begins its journey, The Lakes is a sprawling estate of contemporary, luxury homes that offer a weekend hideaway for London’s wealthiest.
Set around six artificial lakes and across 650 rural acres of land, the estate is a joint venture between London-listed property company Raven Russia and John Hitchcox, founder of design empire Yoo that has amassed a portfolio of five hotels and over 50 similar luxury residential schemes across the world.
The idea is that would-be homeowners purchase a plot of land overlooking one of the estate’s lakes and build the house off-plan. Buyers choose from one of six different styles – from“The Barn” for a more traditional feel to the grander three-storey “Bowmoor Dockhouse” clad with glass, steel and wood  – and then work with yoo’s designers to create their own bespoke interior.
Hitchcox said the aim was to create a community where neighbours can socialise and families can play together. As well as offering a full hotel-like concierge service – such as having your fridge stocked ahead of the weekend –  residents keep busy with a host of activities from canoeing to cycling and hiking.
The estate is also equipped with a £3m spa and swimming pool, a sailing club, an organic farmers’ market and a lake stocked with fish such as pike and perch. There are also plans underway to open a restaurant called The Farm in early 2016.
So far 82 homes have been sold, of which 60 per cent went to buyers working for investment banks and hedge funds in the City, many with young families. The Lakes also counts several of Hitchcox’s celebrity friends among its residents including Elle Macpherson and Jade Jagger, one of Yoo’s designers. They offer an enticing financial incentive, too, with some houses enjoying a 20 per cent year-on-year increase in value.
For those looking for a stylish and convenient escape from London with nature on their doorstep, The Lakes could be just the thing.
Prices from £900,000 to £3.5m. For further information, contact Harrods Estates on 020 7409 9346, call The Lakes on 01367 250 066 or visit thelakesbyyoo.com