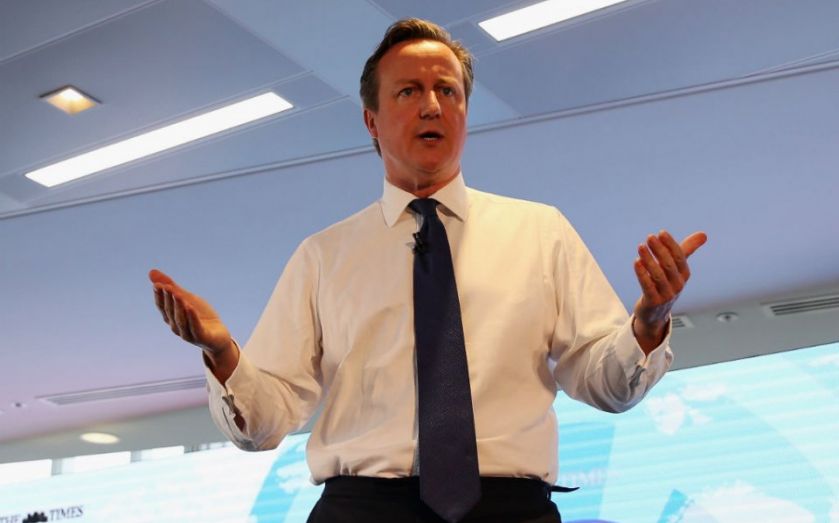 David Cameron has said he wants Britain to do more to help fight Isis in the Middle East and is committed to working with the US to destroy the caliphate in Iraq and Syria.

Speaking to NBC News, the Prime Minister said there were discussions taking place in parliament about what more could be done. when asked if he had plans to ask parliament for more leeway to participate in the campaign against Isis in Syria.

"In Syria we're helping not just with logistics, but surveillance and air-to-air refueling. But we know we have to defeat Isis, we have to destroy this caliphate whether it is in Iraq or in Syria , that is a key part of defeating this terrorist scourge that we face. I want Britain to do more. I'll always have to take my parliament with me," said Cameron.

"We're talking and discussing at the moment, including with the opposition parties in Britain, what more we can do. But be in no doubt, we're committed to working with you to destroy the caliphate in both countries," he added.

The comments come as reports say the Prime Minister will promise a "full-blown RAF offensive against Isis targets" in the country. MPs had voted against taking military action there two years ago.

Cameron is expected to announce a five-year plan for fighting the terrorist group on Monday, according to the Sunday Times.

"I want to work very closely with President Obama, with other allies. Britain is now committed to its Nato two per cent defence spending target all the way through this decade. We've already carried out more air strikes in Iraq than anyone else other than the US, but I want us to step up and do more, what I call a full spectrum response," said Cameron on NBC News's Meet the Press.

"That means hammering Isis in Iraq, helping with the work you're [the US] doing in Syria, but also recognising we've got to fight radicalisation at home. We have to stop the jihadi terrorists from traveling from our country, we've got to confiscate passports, we've got to make sure we speak up for moderate Islamic voices. All of theses things we've done to help keep our world safe."

Watch Cameron speaking on the programme below.