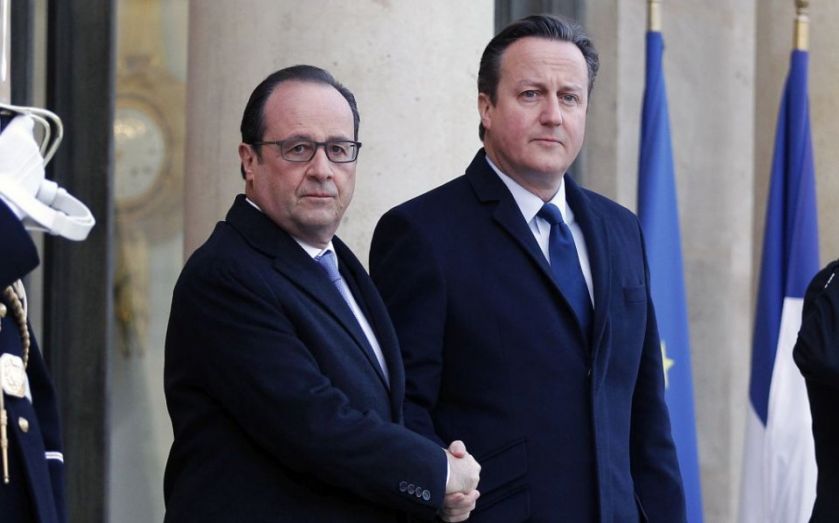 As the 19th century French foreign minister Talleyrand witheringly said of his Bourbon masters, “they forgot nothing and learned nothing”. So it is with Prime Minister David Cameron’s intellectually feeble effort to rally the Commons to go to war in Syria. Cameron has dutifully memorised the vague catechism for going to war – the precise playbook used in past failures, from Libya to Iraq – perfectly. The problem is that it still makes no practical sense, will not work on the ground, and can only lead to yet another place-name being added to the doleful list of the 21st century failures of western interventionism.
The paper-thin argument for joining America and France in bombing runs over Syria is easily enough demolished. The Prime Minister rightly asserts that a bombing campaign will not change the strategic facts on the ground in Syria, as air strikes on their own never work. Only bombing, coupled with boots on the ground, will make a real difference. As the US, France, and the UK have all ruled out such a commitment, only bombing to aid local forces is a realistic possibility.
Given that the three major forces operating in Syria today are all evil – Assad, al-Qaeda (in the guise of the al-Nusra front), and Isis – and that the Syrian Kurds (the only potential good guys on the scene) sensibly enough only wish to fight and die for their own region along the Turkish border, this would seem to pose, to put it mildly, a major problem for the Prime Minister’s purported strategy.
Read more: We’ve failed to go beyond lofty rhetoric on cutting off Isis funding
Never fear, Cameron has magically conjured up new allies on the ground, incredibly asserting that 70,000 Free Syrian Army (FSA) forces are patiently waiting for London’s help, only to spring upon hapless Isis like a coiled tiger. This implausable claim would be absolutely laughable were the whole situation not so deadly serious.
For the paper tiger that is the FSA will surely disappoint. The 70,000 number is given to us by a highly biased source, the FSA itself. How they derived such a total is a mystery, as it’s certainly not what is seen on the Syrian battlefield today. Also, what troops there are have proven far more interested in fighting Assad, rather than dealing with Isis, which is for them a secondary problem. The FSA is an umbrella organisation, replete with internal political schisms. So over this most critical point of the rationale for going to war, the FSA’s numbers are inflated, Isis is not its primary concern, and it is fatally divided. But other than that, Cameron made a good case.
Cameron’s second basic argument is that a realistic chance exists for a ceasefire in Syria that would hasten a UN transition away from the gruesome Assad regime towards an inclusive, pro-western, reasonably tolerant government that could carry the fight to Isis. One wonders if, especially following the shooting down of a Russian plane by Turkey, both Moscow and Iran are aware of this. Neither has shown the least inclination to abandon their puppet in Damascus. So again, on the diplomatic front, the Prime Minister is indulging in magical thinking.
Read more: Is Britain underestimating the risks of getting more involved in Syria?
The rest of the argument is even worse. Cameron gravely intoned that “we have learned the terrible lessons of Iraq,” without even mentioning what those lessons might be; meaning he’s learned nothing. In other words, it’s back to Tony Blair’s tragic “trust me” pitch.
The last gormless justification is that the UK must support its French and American allies if it is to be taken seriously in the world. I used such a pitch on my mother in high school in an effort to stay out later: “all the cool kids are doing it”. As Blair never learned to his cost, being a good ally, much as is true of being a good friend, involves telling the truth, however unpopular it might be. Suffice it to say, going along with another misadventure is unlikely to strengthen the western alliance.
What sets realism apart from other sorts of foreign policy thinking is its unvarnished acceptance that the unit of global politics is force and power, has been since the Greeks, and will remain so until the end of the age. But that morally demands that realists remember – as the great American general William Tecumseh Sherman put it – that “war is all hell”. It should not be entered into lightly, and only when it is likely to actually improve things on the ground. Cameron’s feeble rationale fails all tests. Next week, morality impels me to put forward a case for what we should do to defeat Isis, and I shall.