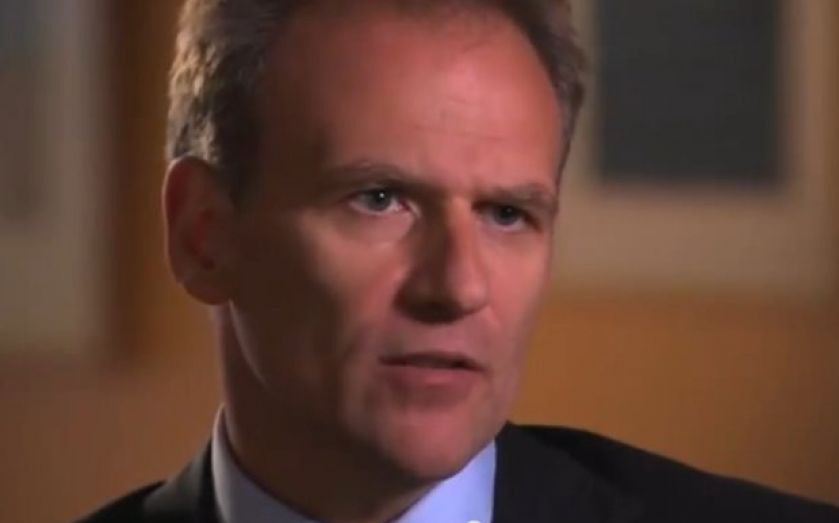 Investors have been reassured by the appointment of Dave Lewis as Tesco's new top dog. Despite a profit warning, Tesco's shares sprang up by as much as three per cent as markets opened.

Part of that can be explained by the coming departure of CEO Philip Clarke. While he will continue to serve in his role until Lewis' arrival, shareholders have been piling pressure on the boss since the grocer delivered a disappointing first quarter statement.

But the City seems to be a fan of Tesco's choice of replacement, which came as a surprise this morning.

Lewis comes from multinational Unilever, a company he joined in 1987. That firm credits him with achieving average growth of 30 per cent per year as managing director of Unilever Indonesia's personal care business, despite "political unrest and hyperinflation [which] made business conditions particularly challenging".

The Unilever executive joined the company immediately after leaving Trent Polytechnic, starting his career as a marketing trainee for Lever Brothers. Since then he's taken an advanced management programme at Harvard University while being promoted up the ladder. Lewis was appointed as Unilever's global president of personal care in 2011.

Those worrying that Lewis' experiences may be insufficiently broad will be reassured that he also has experience with Tesco, albeit from across the negotiating table. As a top executive he has experience of what it's like to strike a deal with the grocer, having launched brands like Dove soap in the UK.

Analyst reaction has been peppy. Neil Shah, analyst at Edison Investment Research, says that "the City has voted with its feet", as the appointment of Lewis from Unilever is a clear signal that "Tesco knows it has to get back to basics and address the value of its brand to consumers".

Under Clarke, the grocer saw successive falls in quarterly sales, leading Shah to suggests that "there is a sense that Tesco has simply lost its sense of self". Accendo Markets' Mike van Dulken says that profit warnings and failed overseas ventures proved that Clarke was "out of his depth" at Tesco.

Clive Black, head of research at Shore Capital, expects Lewis to bring a new approach to the job. After Tesco has been pummelled in recent years, Black suggests that the incoming CEO may not be keen to keep Clubcard, Fuel Save, Price Promise, and all the other initiatives aimed at extolling value but which have failed to do so.

Seeing the potential for more restructuring, Shore Capital has upgraded its recommendation on Tesco stock from 'sell' to 'hold', expecting that the market will broadly welcome the change in management.

The last year has been a tough ride for Tesco shareholders. Today sees shares now trading at a lower level after their initial leap, but remaining elevated at more than two per cent above their previous close. That increase adds around £50m to Tesco's value as measured by market capitalisation as investors bet that Lewis can now succeed where Clarke couldn't.